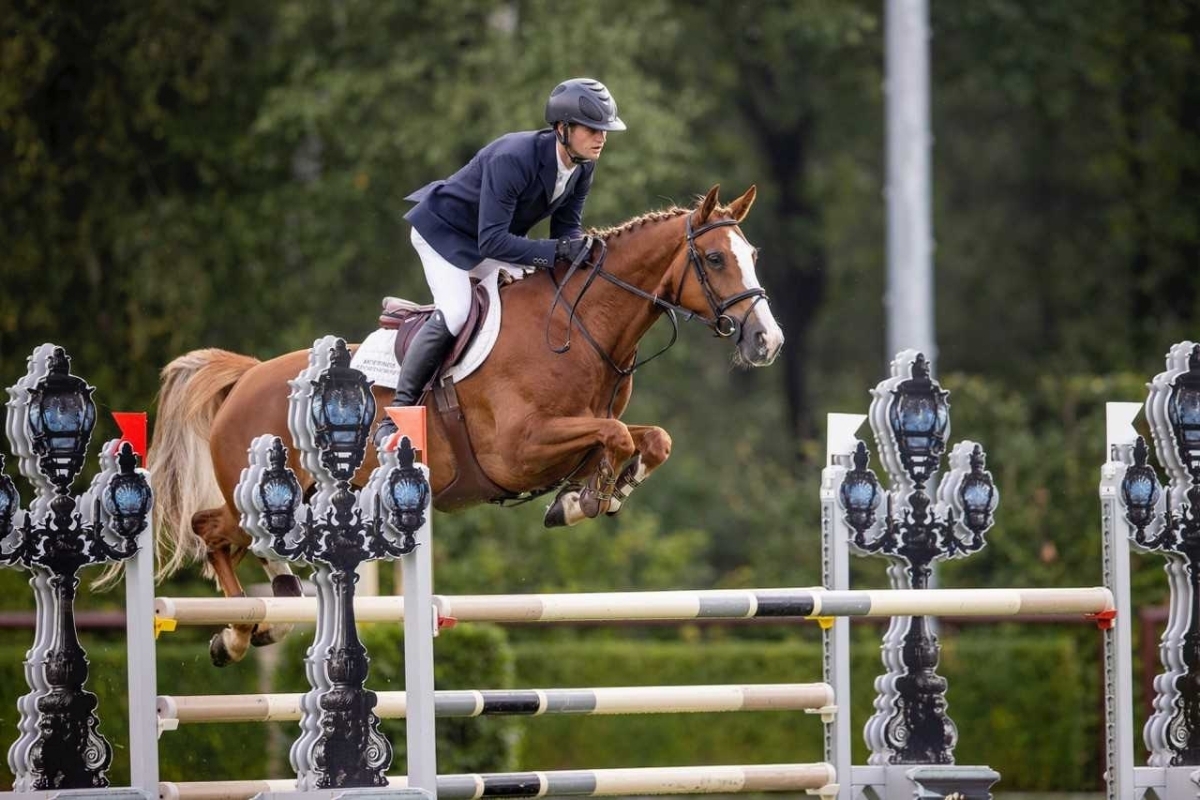 Three years after his victory with Ipsthar, Bas Moerings again claimed the victory in the Blom Cup. Aboard the fast, careful For Pleasure-daughter Kwik Tweet he ensured family success in Valkenswaard.

The jump-off counted 19 combinations, resulting in a hotly contested Blom Cup final for six-year-olds. Ten duos kept their slate clean and as the second-to-last rider to go, it was Bas Moerings that grabbed the title with Kwik Tweet (For Pleasure out of Twitter Z by Twisther), bred by his father Geert Moerings. Not an offspring of their famous Esther-lineage this time, but again a horse that knows what this sport is all about: Kwik Tweet stands out in her attitude, carefulness and reflexes. “She is really a smart and modern jumper. I could maintain our rhythm nicely and because she is so careful, I did not have to worry about the double vertical in the last line. She understands that she should stay far away from them”, tells Bas Moerings.

The winner of the semi-final was the last one to go and gave it his all to keep Moerings off the first position, but eventually had to accept the second place: Kahlua-Carmen (F-One USA out of Gigi-Carmen sport-spr by Bacardi VDL, bred and owned by Martien and Frans Burgers) with co-owner Daan van Geel. “She has a lot of quality and jumps clear so often, that’s quite an important aspect in this sport,” laughs Van Geel. “She is also very level-headed and that comes in handy at a show like this. I would have loved to win here, but this is also a great result.” On the by Joop Breukink bred Keep in Mind JB elite EPTM-spr PROK (Berlin out of Bo-Imoo ster PROK by Heartbreaker), Robert Puck ended on the third rank. This pair also came in third place during the semi-final thanks to exclusively clear rounds.

The best eleven combinations have qualified for the World Breeding Championships in Lanaken. Besides the top-three, these are: