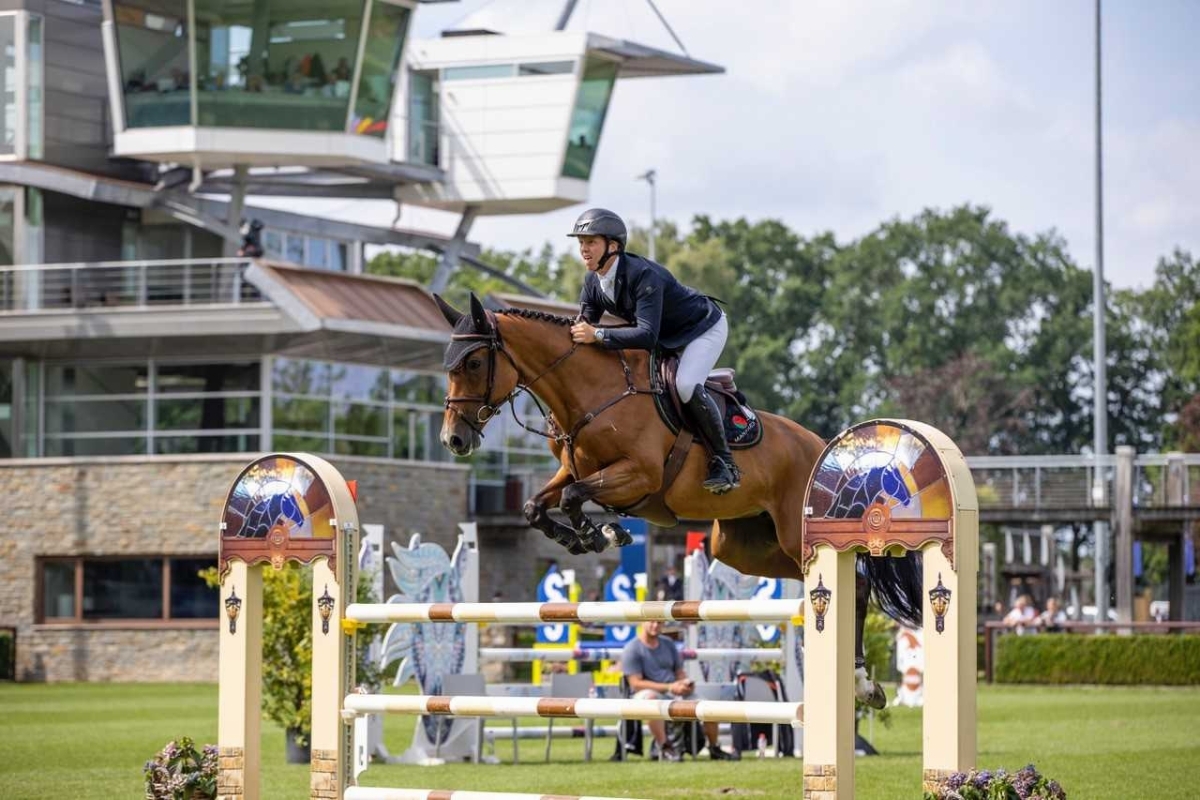 Last year she was so close to a win but had to settle for the second place. Today, Matthew Sampson steered her to revenge. The Grandorado TN-daughter Love de Vie just won the Blom Cup for five-year-olds.

For rider Matthew Sampson the course in Valkenswaard is no unknown territory. Representing the Runway Stables based in Valkenswaard, the rider guided Grandorado TN-daughter Love de Vie (out of Eau de Vie by Vigo d’Arsouilles, bred by Herman van Triest and Jos Meuleman) to solid performances on all three days. “What a mare, huh? She is unbelievable! We took her to the Sunshine Tour this spring and afterwards we put her in the field. So, she gained loads of experience on grass this summer,” jokes the rider. “Three weeks ago, we slowly started to train her again and now she jumped fantastic all days, even though she is not in her top shape. But it all comes so easy to her!” As a three-year-old, this ster mare won the VSN Trophy.

The for the performance test appointed Lambrusco (Entertainer out of Total Touch stb-ext prest by Lux, bred and owned by Pieter and Loes Keunen-Hanssen of Linne) of co-owner Stal Hendrix, jumped in an impressive manner to the second position with Sophie Hinners. Great breeder's success for Pieter Keunen, who bred this stallion out of the same dam as the Olympic jumper Bardolino (s.Cardento). The last one to go was Alexander Davis on Lente (Douglas out of Zoëwie stb-ext D-OC by Lupicor, bred and owned by P.P.W. Kiggen of Ospel), the pair jumped clear and obtained the third prize.

The KWPN-approved stallion La Costa ES (Mosito van het Hellehof out of Isolde Es elite sport-spr PROK by Cumano) of breeder Egbert Schep jumped double clear to the sixth position. In addition to these horses, the following are also selected for the world championships in Lanaken: