Blom Cup: Jump Star SIH lives up to her name 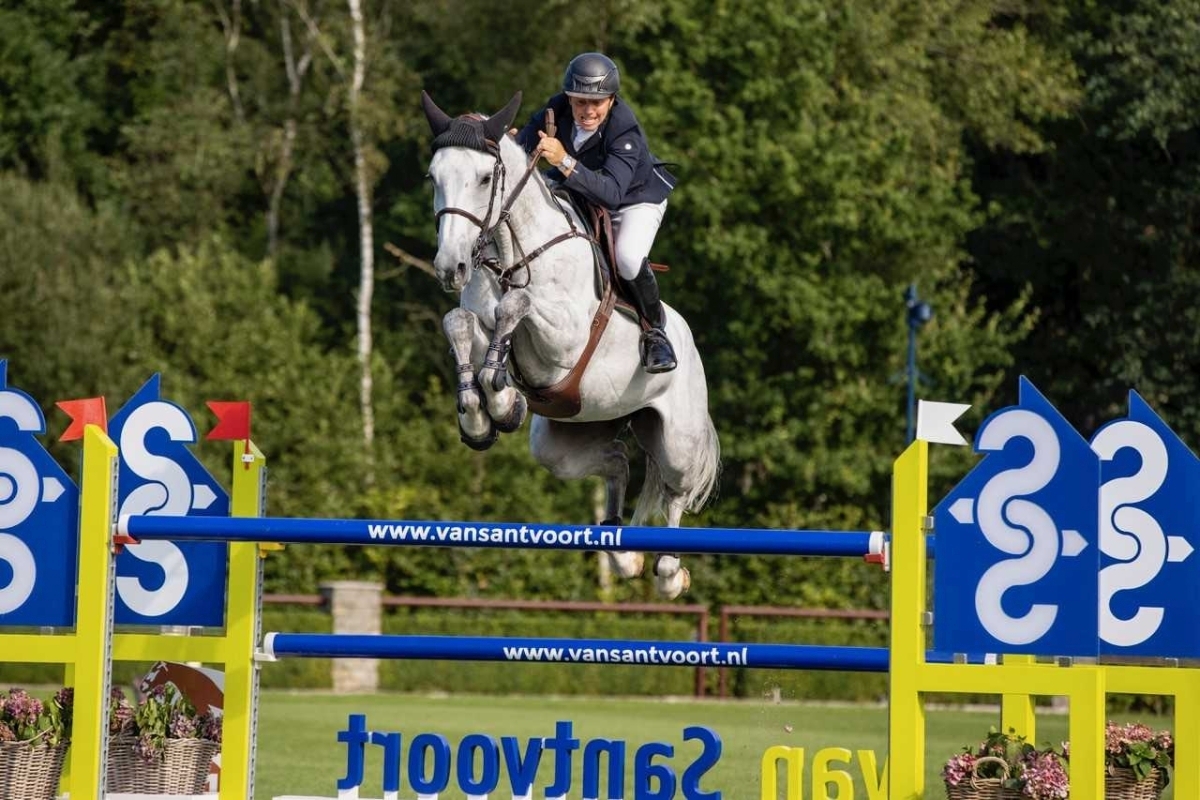 In the championships for seven-year-olds for the Blom Cup, the Zirocco Blue VDL-daughter Jump Star SIH completely lived up to her name. Ridden by Matthew Simpson she was victorious.

The final for seven-year-olds was a worthy conclusion of a day filled with top sport. For Matthew Sampson it was his second triumph, after prevailing at the five-year-old class with Love de Vie (s.Grandorado TN), he now won the seven-year-old final with Zirocco Blue VDL-daughter Jump Star SIH ster sport-spr d-oc (out of Georgia-S sport-spr PROK by Numero Uno, bred by J. and L. Hiemstra-Bleyi of Dronrijp). “I had never expected this! Of course, winning was our aim and Jump Star SIH is a fantastic showjumper, but to obtain two wins here today is something else”, says the smiling rider. “She seems very big and cold, but she has so much blood and is incredible fast and agile.” Via a solid second place, Pieter Keunen and Jagger HX (second round viewing PROK, out of Footloose HX keur sport-spr by Bustique) ensured a great result for the Hendrix family that already had a successful day in Valkenswaard. His dam Footloose, 2013 National Mare Champion, is successful in the international show ring at 1.50m level with Ali Wolff. Jagger HX seems to follow in her footsteps.

Five combinations placed themselves for the jump-off. Ciaran Dreeling steered Jataki (Jamal van de Heffinck out of Waitina by Waitaki, bred and owned by P. Leenen of Lomm, co-owned by the rider) again to a clear round and finished in the third time. The KWPN-approved Jubel ES (Harley VDL out of Maxime O keur pref prest by Lauriston) also performed a double clear round and placed fourth with Kim Hoogenraat. He was the third KWPN-approved stallion of breeder Egbert Schep that put on a solid performance in the final today. Mindset ES (by Aganix du Seigneur) placed fourth at the four-year-olds, La Costa ES (s.Mosito van het Hellehof) sixth in the five-year-old class and now Jubel ES fourth in the final for seven-year-olds. In a time that would have ensured the title, Ruben Romp and Blom’s Jandino (Jandino van de Crumelhaeve, Dexter R out of A.Adermie 1 elite EPTM-spr pref prest PROK by Sam R, bred by D.E. and Roeland de Kruijf and Roeland van Minnen) concluded the jump-off with a 0/4 result, ending up on 5th place.

Besides the top 5, the following horses qualified for the World Championships in Lanaken: