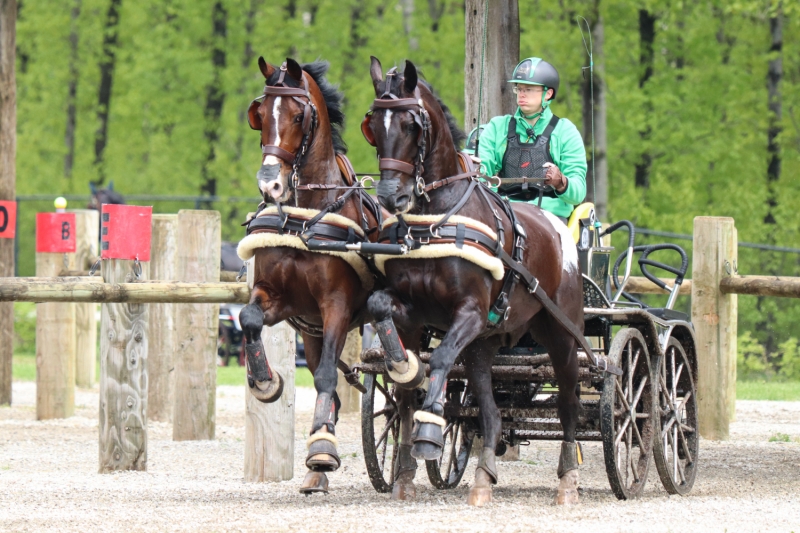 The 20th edition of the FEI Driving World Championship for Pairs will take place from September 8th to 12th in Kronenberg. A record number of 100 competitors from 22 nations will compete against each other in this Championship, which is held in the Netherlands for the first time in the pair driving history. The drivers will not only compete for the individual medals, 18 nations teams will battle it out for the team medals.

“We decided some time ago to aim for the maximum number of competitors,” explains Limburg 2021-chairman Nico Rijnbende. “We wanted to remove the uncertainty among the competitors, so we allowed the maximum number of drivers per nation as per FEI rules, which is 9. We have especially done this to give as many Dutch drivers as possible the opportunity to compete in a World Championship on home soil. In the past months, we have noticed that the drivers are very eager, and they have had a tough battle to be selected by their National Federation.”

This huge field of play with top drivers from all over the world guarantees an exciting battle for the medals!

The World Championship starts on Wednesday 8th September with the horse inspection, followed by the dressage competitions on Thursday 9th and Friday 10th September. The spectacular marathon is scheduled on Saturday 11th September and after the exciting final cones competition on Sunday 12th September, we will know who will receive the individual and team medals.

Besides the competition, there is also a food court with products from the Limburg region, various trade stands, a business event, a program for the elderly and for schools and there is a World Championship Bixie riding for the youngest equestrians.

There are more than enough seats available to comply with the COVID-19 regulations. To get access to the World Championship site, you need a valid admission ticket, and proof of full vaccination (last vaccination no less than 14 days before arrival on site) or show a negative antigen test not older than 72 hrs with certificate.