KWPN in Tokyo #7| Edgar Meijer about Edgar M: “He does something another cannot” 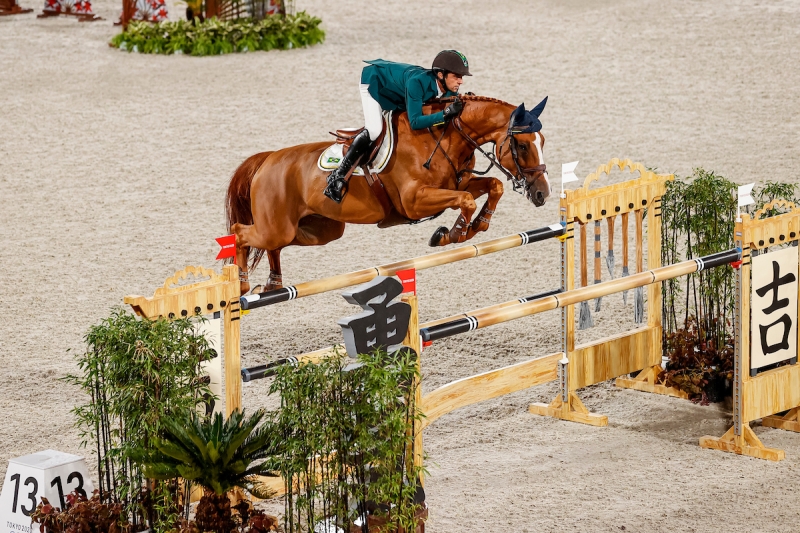 Edgar M (Arezzo VDL out of Aramee O.A. ster by Marlon) competed in the Olympic Games of Tokyo with the Brazilian rider Marlon Zanotelli. Breeder and namesake Edgar Meijer is proud of this remarkable horse.

Edgar M was immediately special as a foal already, breeder Edgar tells: “I come from the region of Twente and there they say, ‘stubborn as hell’. Well, he was. As a foal he just did whatever he felt like. It was a bit of strange foal. I will never forget it, he was such a stubborn animal. For example, when getting chipped, he just lied down on the floor. As a foal he suffered from umbilical hernia, the fraction was so big it could not be operated on. We developed a harness ourselves, to prevent pressure on the abdominal wall. This allowed us to practice with him right away and he got used to getting touched on the legs and belly.” 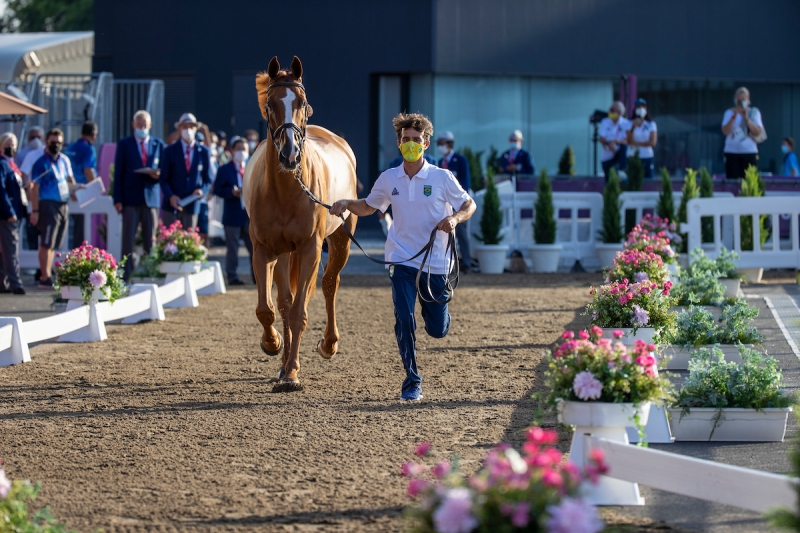 “We always immediately sell the colts. That year we had two colts and they went, as per usual, directly to Van de Lageweg (VDL Stud). The other foal that year was also named Edgar M (Azteca VDL out of Renegade M stb by Indorado), that was sold all the way to Mexico. My father wanted to keep him. However, we kept Edgar M (Arezzo VDL out of Aramee O.A. ster by Marlon), despite his stubbornness. It was a good, strong foal. It’s quite remarkable that we kept Edgar M, because normally we sell everything before they are two and a half years old. In our stables we had no older horses. Edgar M remained with us and it was the first horse we prepared for a sports career,” Edgar Meijer.

About the career of the horse, Edgar says: “Keeping him turned out well. However, all credits must go to the others. First, he was stabled in Friesland until he was 2.5 years old and then he was saddle broken in Winschoten. Then he learned the ropes at Wilfred Harke in Punthorst, before going to Marcel de Boer. Lennart de Boer then took his place in the saddle and these boys know how to produce a horse. And we always remained the owner.”

“What we keep, we believe in. We visited every competition the chestnut, as we called him, entered. That’s my advice to breeders, keep an eye on your homebred horses. As a five-year-old he went to a show for the first time, he did something his peers did not. He distuinguished himself, super careful and the will to do it for you. Together with my father we visited the competitions every weekend, we followed Edgar M and we had faith in him. He does something, another cannot,” says Edgar proudly. 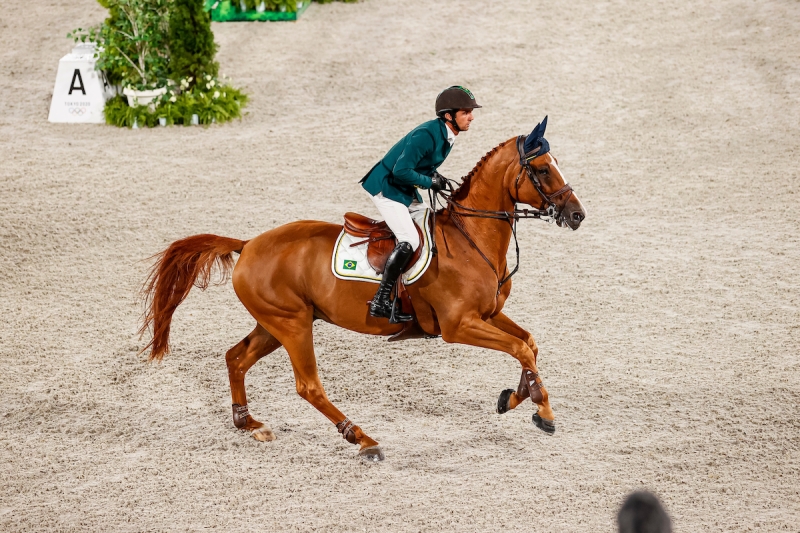 At ten years of age, Edgar M was sold. Edgar says the following: “I think it was two years ago, he was active in the 1.40-145. It is the story of many breeders; you must sell if you are into breeding.” The sale did not make Edgar lose sight of the horse; the breeder still follows every show Edgar M is in. “Every weekend, wherever he competes, I try to watch it. I am proud of him, so you follow him. We have always hoped for the Olympic Games, but we had never imagined it.”

The future looks bright for his Edgar M: “In three years the Olympic Games are held in Paris, he is still getting stronger and may develop even further. If he can remain injury-free, I have high expectations. As long as I have known him for, he has never incurred an injury, he never had to take any rest. There is scope in this horse, he has blood and is super careful. He thinks ahead and has shown us wonderful things already, I believe he has got in him.”