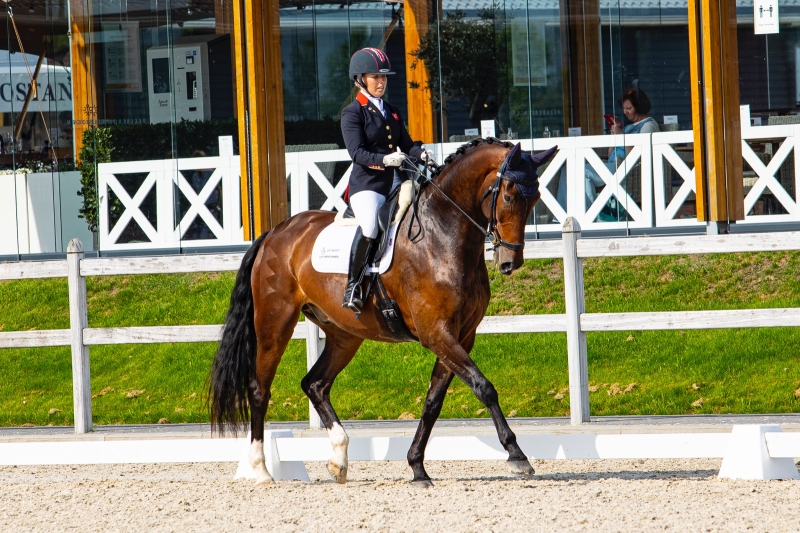 Today, Thursday August 26, the Paralympic Games have started. Sophie Wells represents Great Britain and had the choice between the KWPN-bred Jillz Geuzenhof (Charmeur out of Mystiek keur pref pres by Fruhling) and the NRPS-bred Don Cara M (s.Don Jovi). KWPN interviewed the breeder of Jillz Geuzenhof, Sandra Maakenschijn tells us all about him as a foal.

Since Jillz Geuzenhof is still very young, Sophie Wells chose to compete her other horse Don Cara M at the Paralympic Games. Sophie preferred to save him as Jillz is currently just seven years old.

Jillz Geuzenhof was sold to England as a foal. Sandra explains: “I sold him as a foal to Gareth and Rebecca Hughes.” Gareth was the traveling reserve for Great Britain in the Olympic Games of Tokyo. “As a three-year-old they sold Jillz to Sophie Wells. I have sold more horses to the Hughes family, that’s why Jillz went there as a foal already. Hughes had bought two foals from me back then and one was slightly younger. Jillz was about seven months when he headed to his new home,” continues Sandra. 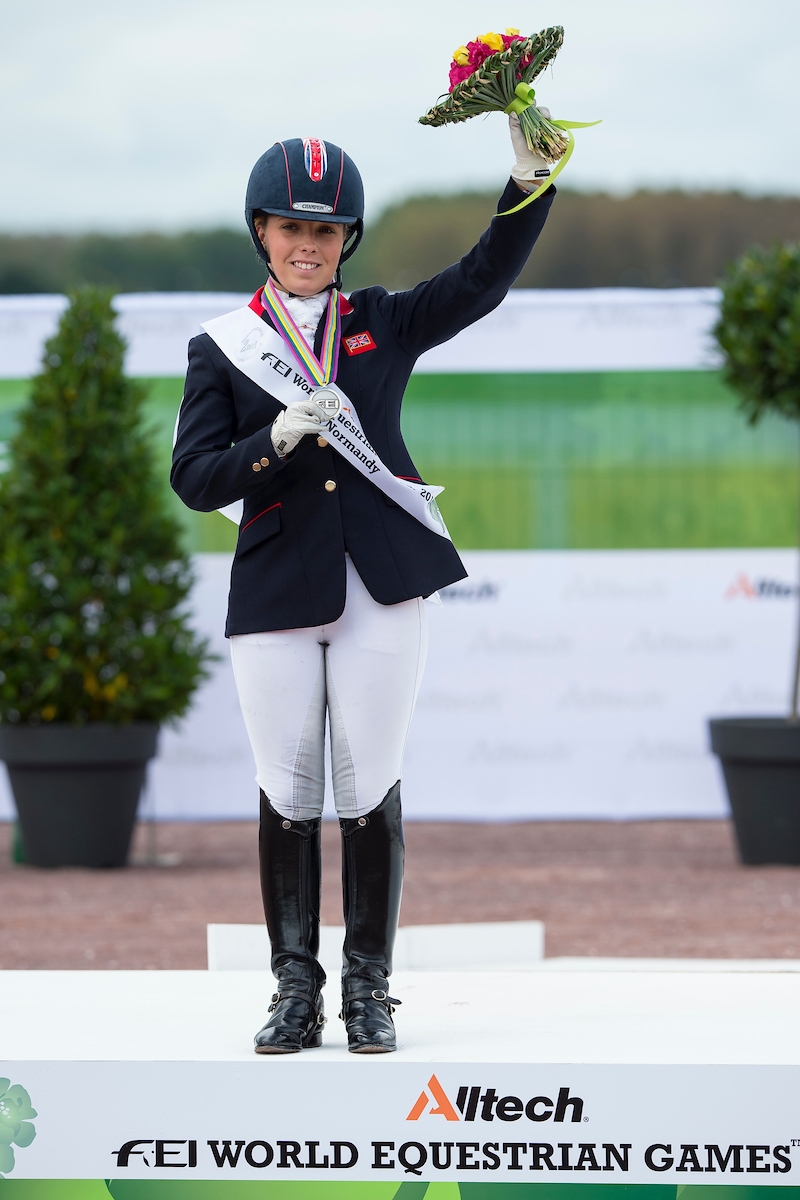 Sandra tells about her homebred horse as a foal: “As a foal, Jillz Geuzenhof immediately stood out. He was alert and always forward. He was cheeky but had a nice character. As a three-year-old he was ridden by the daughter of the Hughes family, he was very well-behaved already. The Hughes family actually intended to keep the horse for themselves. But because he was so well-mannered and Sophie Wells could not find a Paralympic horse they sold him to her.”

Sandra tells: “We have always followed Jillz Geuzenhof closely and we are still in touch with Gareth Hughes and Sophie Wells. I still have some other horses with Gareth, so we stay in contact. What we have bred, we try to follow. I am watching the Paralympic Games, too.”

Sandra still owns the full sister of Jillz Geuzenhof, Ici P. Geuzenhof (Charmeur out of Mystiek keur pref prest by Fruhling). “She is currently active in the Small Tour. Maybe I will put her to breeding later. The fact that Jillz is already doing so well, is a lovely bonus,” says Sandra Maakenschijn.