KWPN in Tokyo #9 | Lieke Bakker about Demantur and Sanne Voets: “Those two are completely in tune with each other” 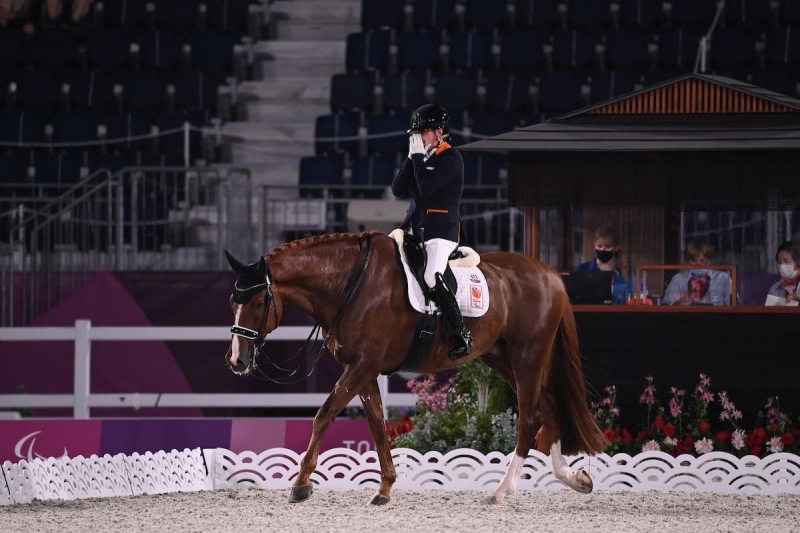 Sanne Voets and the KWPN-bred Demantur (Vivaldi out of Kaylee keur prest sport-dr by Elcaro) secured the gold for the Netherlands at the Paralympic Games in Tokyo. As breeder Tom Reuzenaar unfortunately passed away in 2018, his granddaughter Lieke Bakker talks proudly about the chestnut that is bred by her grandpa.

About the younger years of Demantur, Lieke says: “As a foal Demantur had a super character already and he had good movements. We always had multiple foals and he grew up in a group at our home. We thought he could really move. He then was produced by Hanneke Ariëns, we have always been very happy with her.” His character is described as down to earth by Lieke Bakker “As a young horse he was attentive, but levelheaded. Especially as he progressed in his training. It is a horse that once he trusts you, will go that extra mile for you. He then will do everything for you.”

The expectations of Demantur were already high when he was a youngter. Lieke explains: “My grandfather was always seriously involved in breeding. He had always been a fan of the Vivaldi-blood, so when Demantur was born his wishes had been fulfilled. Opa believed in Demantur right from the start, he thought ‘this is it, this is a true Grand Prix-horse’. For things to turn out this way, makes it extra special. Grandpa was beaming with pride when he talked about Demantur.” 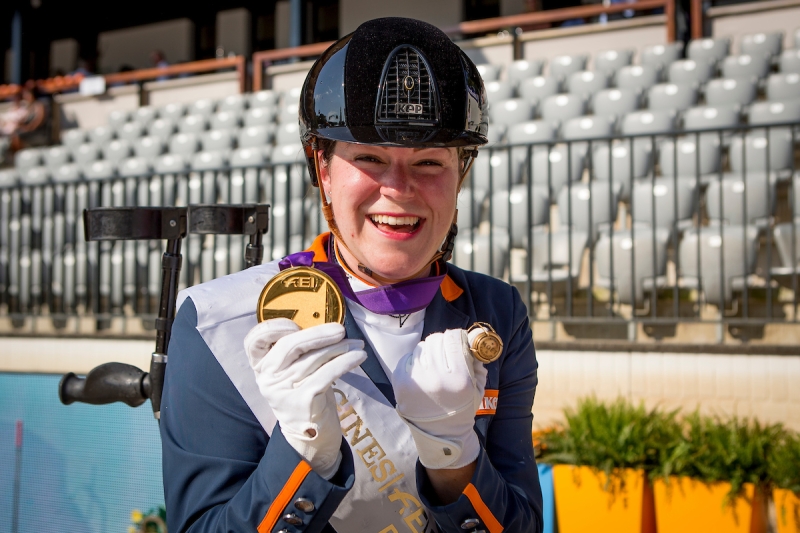 Lieke tells how Demantur ended up with Sanne Voets: “At a certain moment, Sanne Voets was in search of a horse. She had her eye on another horse of ours. We then offered her Demantur. They immediately clicked and from that moment onwards Sanne took over the reins. Sanne and Demantur seem a golden combination, in 2016 they also won gold at the Olympic Games of Rio. Lieke says: “He won gold then too and we were there, that was amazing. Those two are completely in tune with each other.”

“When Demantur qualified for Rio (2016) and the European Championships in Gothenburg (2017), I went to watch together with my grandfather and grandmother. That was so much fun. Unfortunately, grandpa passed away in 2018. I then headed for the World Equestrian Games of Tryon (September 2018) with my grandma and mother. We were supposed to go with grandpa but then we went with the three of us That was a special moment.” 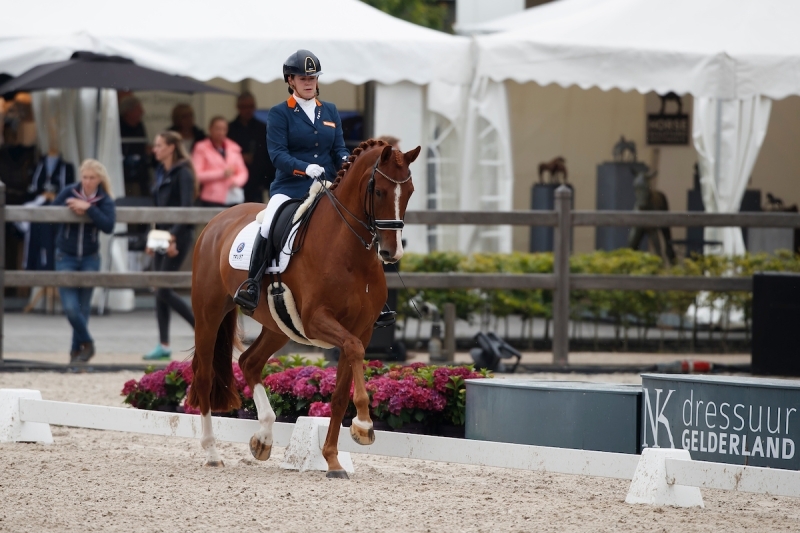 “The passing of my grandpa forced us to sell a number of horses. One of which was Demantur. RS2 Dressage Centre then bought him from us. Up until the World Equestrian Games in Tryon (September 2018) he was in our possession; Christmas 2018 he was sold. After the sale we kept on following Demantur closely. We have watched his performance at the 2019 European Championships of Rotterdam live. Unfortunately, it is not possible to do the same in Tokyo.”

The dam of Demantur has deceased by now. Lieke says: “We are now breeding with her granddaughter, the elite mare Kaylin (Bordeaux out of Vanity keur EPTM-dr by Farrington). This mare has a similar character to Demantur. We are happy that we can continue the linage with her.”