Report of the KWPN Championships 2021 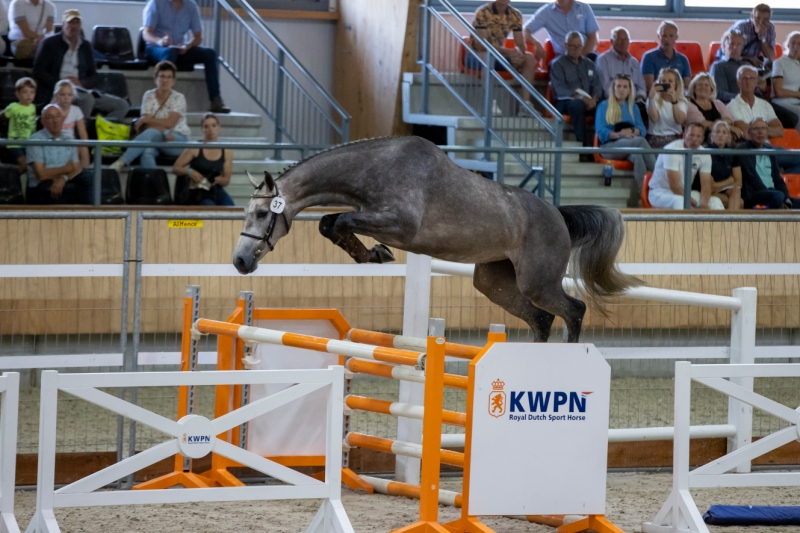 KWPN-North America wrote an extensive report about the KWPN Championships. In the report, the dressage horses, jumping horses, Gelder horses, Harness horses and foals are discussed.

The supply of dressage mares was very high this year: the considerable number of 740 mares was presented at the studbook inspections. Of the 52 mares invited for the National Mare Inspection, 47 were present in Ermelo to compete in the championship. A beautiful group of fourteen valuable dressage mares were selected for the final round. They formed the highlight of a successful mare inspection season, with Niana V.O.D. (by Desperado) taking home the Champion’s title. It turned out to be a year with especially a lot of quality in movement. GLOCK's Toto Jr. really put his stamp, with three daughters in the top 5.

Jumping mares
Of the 24 participating three-year-old jumping mares, seven could be invited for the championship inspection. The mares were first judged on conformation and by hand and then showed themselves free jumping. In contrast to previous years, all mares returned to the main area for the explanation and the announcement of the finalists. The mares that were not in the finalist group, were not placed in quality order. A strong group of seven modern jumper mares, all of whom showed good performance in the free jumping, eventually ensured a nice climax at the National Mare Inspection. The athletic Asca Z-daughter Nirmosa MB received the championship ribbon after a convincing performance and thus stayed ahead of a group of finalists that was dominated by mares from the Northern provinces of the Netherlands.