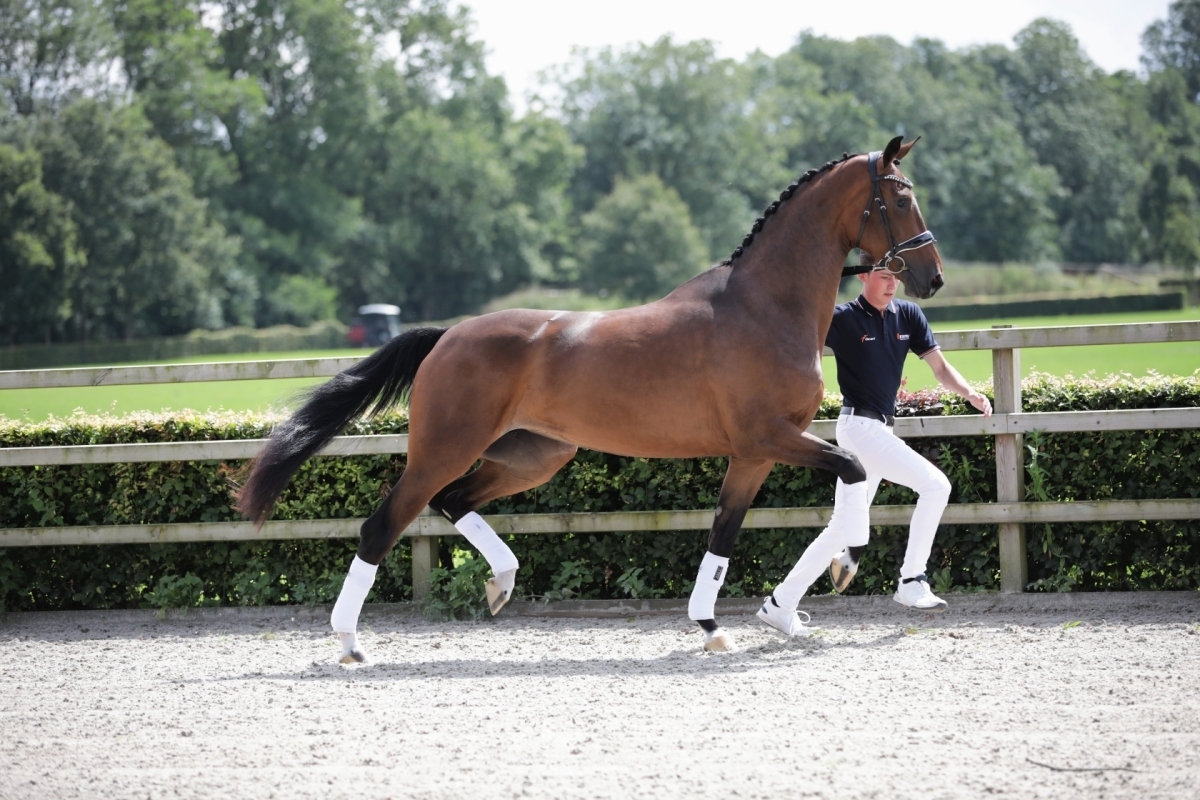 Fifteen talented young dressage and showjumping horses went under the digital hammer tonight. It was the third edition of the KWPN Online 3- & 4-Years-Old Auction. And once again this KWPN auction appears to meet the need. There was a lot of interest in the auction horses both internationally and nationally.

One of the striking horses was the Dutch Championship’s mare Nizelle. This daughter of Feinrich shows that she has outstanding qualities. The bidding stopped at 44,000 euros. Various bidders from the Netherlands and abroad showed a lot of interest in the mare. In the end, a Dutch bidder won the auction and will be the happy new owner of this mare.

Gandhi daughter Ninaricci was sold to a Dutch bidder for 20,000 euros. The most expensive jumper was the broodmare Nina ES (by Quabri de L'Isle), she is sold to Finland for 17,000 euros. A total of five horses will cross the border, in addition to a Finnish buyer, buyers from America and France bought horses tonight. The average price of the auction horses is 14,300 euros.

Tomorrow the fifth KWPN Online Foal Auction will be online, a total of eight foal auctions will be organized. A collection of broodmares will be presented in November. For the results of this auction, go to the auction platform.