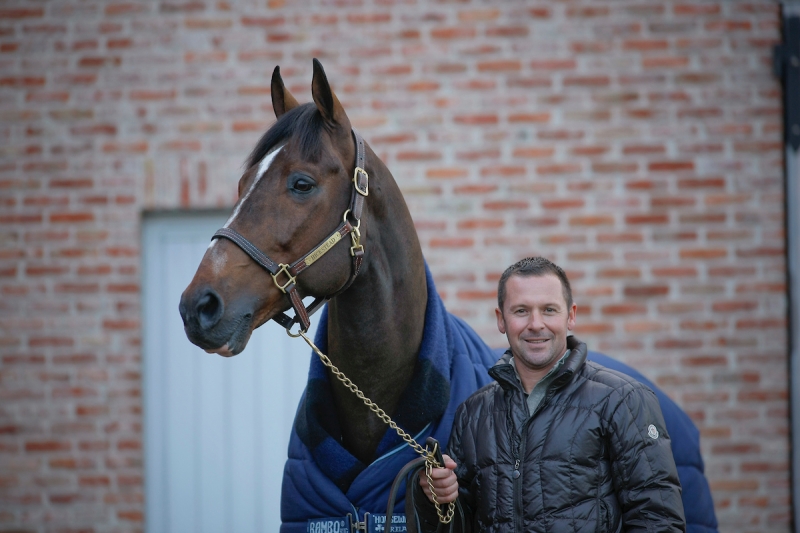 Inducted in the ‘Team’ category, Lamaze and Hickstead are widely considered to be the best competitors of their era. Among their many feats was claiming the Olympic Championship title at the 2008 Beijing Olympics and leading Canada to the team silver medal.

“I believe this is the greatest honour you can receive from your country,” said Lamaze, 53. “Hickstead was incredible, simply one of a kind. Together, we were proud to represent Canada on the world stage. It is well deserved on his part; I just went along for the ride.”

Due to the COVID-19 global pandemic, the Canada’s Sports Hall of Fame induction ceremony, traditionally held each October in Toronto, ON, was held virtually for the first time. Hosted by Sportsnet’s Ron MacLean and Tara Slone, the ceremony also featured a musical performance by Jim Cuddy, best known for his work with Blue Rodeo.

In addition to being inducted into Canada’s Sports Hall of Fame as part of the class of 2020/21, Lamaze received the Order of Sport, Canada’s highest sporting honour. The Order of Sport was presented to Lamaze while he was competing at Spruce Meadows in Calgary, AB, in September. It was a fitting venue for the presentation, given that a life-size bronze statue of Hickstead overlooks the Spruce Meadows Plaza.

Hickstead (Hamlet out of Jomara ster preferent prestatie by Ekstein) was bred in The Netherlands by Jan van Schijndel from Maren-Kessel) and born on March 2, 1996. Lamaze purchased the Dutch Warmblood stallion in 2004 through Stephex Stables in Belgium and owned him in partnership with John Fleischhacker’s Ashland Stables of the United States. Prior to his tragic death during competition in Italy in 2011, Hickstead had earned more than $3 million in prize money during his career with Lamaze.

Lamaze has competed in three consecutive Olympic Games – 2008 Beijing, China; 2012 London, England; and 2016 Rio de Janeiro, Brazil. In addition to the individual gold and team silver medals won with Hickstead in Beijing, Lamaze won an individual bronze medal partnered with Fine Lady 5 at the 2016 Olympic Games. He owns and operates Torrey Pines Stable, a show jumping training and sales business with bases in Wellington, Florida, and Brussels, Belgium, where he trains many students from various nationalities at the elite level. For more information, visit EricLamaze.com.