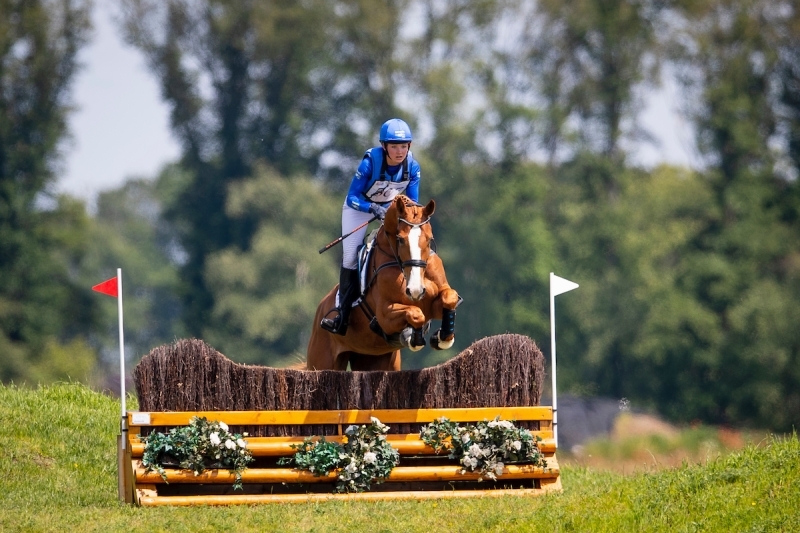 At the WBFSH Eventing World Breeding Championships for Young Horses in Le Lion d’Angers (20-24 October), the Netherlands is represented by two experienced riders. In the six-year-old class, Elaine Pen rides the KWPN-horses Kite-Man and Kiss Me Kato. Sanne de Jong enters the championships for seven-year-olds aboard the KWPN-mares Jarelly MBF and Jersey MBF.

Out of lineage KWPN-stallion Upperville

Pen will also ride the KWPN-mare Kiss Me Kato (Up to Date out of Gecari elite pref prest sport-dres PROK by Creool, bred by J. van Kooten) this championship. Gecari was active in the dressage ring herself up to ZZ-Zwaar level. Her children are equally successful in the sports, among them the KWPN-stallion Upperville (s.Cabochon) that is active in the Grand Prix.

Sanne de Jong holds two trumps in the seven-year-olds age category. These are Jarelly MBF (Wietvot out of Faijery MBF by Albaran xx) and Jersey MBF (Fibonacci out of Fandelly stb-ext sport-spr by Wietvot), both bred by Ad Verker who is also the owner of these horses. Jarelly was present at last year’s WC in Le Lion d’Angers. Ridden by Sanne de Jong the mare placed 21stand was clear in the cross-country, just like nearly every other competition Jarelly entered.

Stable mate Jersey MBF obtained six top-ten placements out of thirteen entries in the 1*, 2* and 3* competitions. The chestnut mare is by Fibonacci, who is currently making a name for himself in the Hunter Classes in the USA. He already claimed the championships title once with Chris Payne. The damline traces back to the renowned mare Aziemieka (s.Silvano), that is one of the foundation mares of the breeding of Wiepke van de Lageweg.

The British rider Gemma Tattersall is due to make an appearance in the seven-year-old class with Johan-Some (Lexicon out of Rolanda by Rabiat Z, bred by H. van Es out of Midwolde). Also represented Great-Britain is rider John Paul Sheffield. He takes his six-year-old grey Special K (Up to Date out of Gelayla D sport-spr by Astrello, bred by A. Doornbos of Beilen). America also enters the battle aboard a KWPN-horse. Caroline Martin brings the Connect-son King’s Especiale (Cha Cha Cha Special ster by Vittorio, bred by C.M.L. Delissen-Verstappen of Beese).

More information about the World Championships can be found on the website www.mondialdulion.com