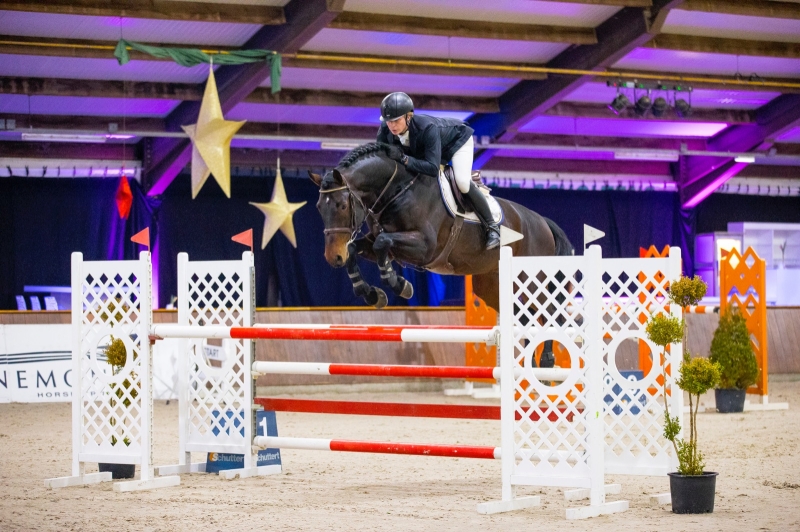 Tuesday night, the third leg of the Blom Stallion Competition Jumping took place in Exloo. After three competitions, the intermediate rankings were drawn up. It is up to the leaders to defend their position during the final at the KWPN Stallion Show on Thursday February 3rd. Which stallions have performed the best over three shows?

In the L-class of the Blom Stallion Competition Jumping two stallion succeeded in clearing all the courses they entered so far. This concerns Maximus VDL (s.Zirocco Blue VDL) ridden by Christel Kalf and Mindset ES (s.Aganix du Seigneur) presented by Jarno van Erp.

The KWPN stallions that currently hold the best position in the intermediate rankings of the M-class are La Costa ES (s.Mosito van het Hellehof), ridden by Gerd Jan Horsemans in second place and Lambrusco (s.Entertainer) in third. He is ridden by Pieter Keunen. For Friendship VDL (s.For Pleasure) has taken the lead after two victories.

In the Z/ZZ-class it is Kallas (s.Dallas VDL) that is the one to beat, ridden by Dennis van de Brink. Three stallions share the second position, among them the KWPN stallion Kannan Jr. (s.Cornet Obolensky) ridden by Wolfgang Zimmermann.

The final takes place on Saturday, February 5th during the KWPN Stallion Show. Spectators are unfortunately not allowed. The final can be watched live via KWPN.nl and KWPN.tv.