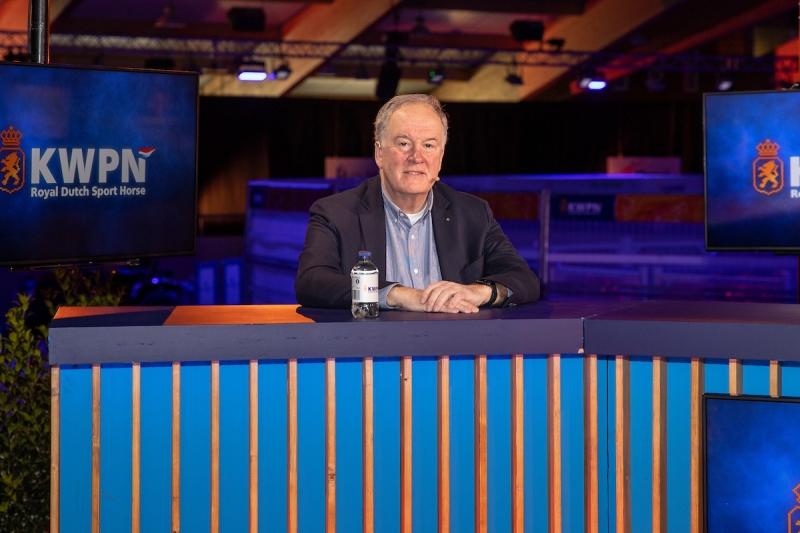 Annelou de Man just hosted a studio talk at the KWPN Stallion Selection for the first time. The theme of this interesting segment was horse welfare, both from a national and international perspective. Andries van Daalen took a seat in the studio while Theo Ploegmakers joined in live.

Horse welfare is a hot topic, and all eyes are set on Western Europe. Chairman of the General Board, Andries van Daalen, explained his vision on horse welfare in the Netherlands. “We must be aware of the fact that people are watching along. In the Netherlands we are doing rather well, but I am also sure there are things we could and must do differently. We must be more focused on horse welfare at all times and find a way in which we handle horses ourselves. It is important that we convey the message that we are actively engaged in horse welfare. A share of the people in the Netherlands has an opinion about horse welfare and has actually informed themselves in this area, however a sizeable group of people know nothing about horses. That group can easily swing into a direction that is negative for us. It is important that we show them how we deal with horses in a good manner.”

Theo Ploegmakers, president of the European Equestrian Federation, approached horse welfare from an international point of view. “There are big discrepancies within Europe at the EEF we believe it is our task to improve horse welfare in for example Eastern and Southern Europe. Furthermore, horse welfare is an incredible broad concept. There are rules and regulation for transport for example, but not for many other aspects. We think and know we do things right, but we must bear in mind that the public opinion is formed by certain institutions. We are the only sport that involves horses. That makes us unique but also vulnerable. People have an emotion opinion about equestrian sport, and we look at it rationally.”

Soon, the KWPN is to conduct a survey with questions about horse welfare to learn what your stance is and what you find important.