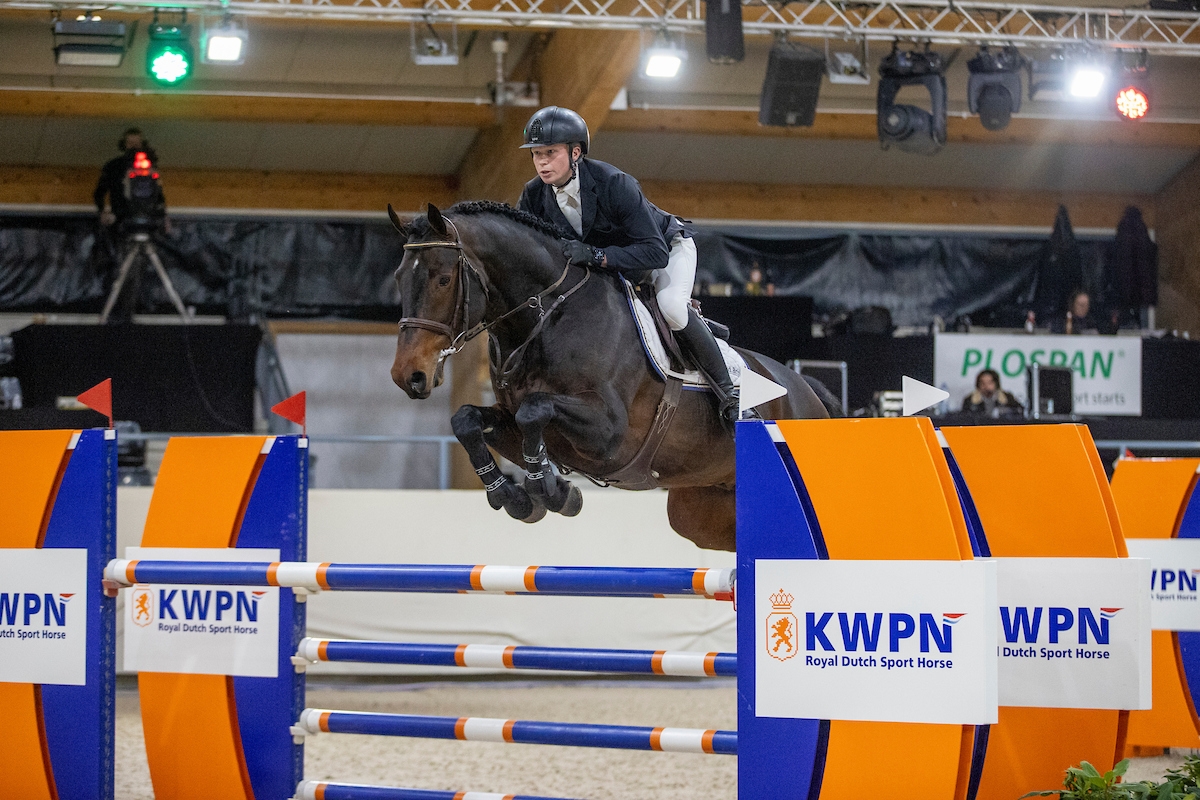 The Z/ZZ class of the Blom Stallion Competition Jumping did not have a long startlist, but still made up for some lovely sport. The breeders got to enjoy the talents of the promising seven-year-old stallions.

He earlier triumphed in the first leg of the competition and now repeated the feat in the final. Dallas VDL-son Kallas (out of Fadessa H2 elite IBOP-spr PROK by Quality Time, bred by A.F.W. Holkenborg of Haaksbergen) again left all poles untouched and secured the win under Dennis van den Brink.

“Kallis is a great breeding stallion, I think. He has a good size, is still rather youthful in everything, also between the jumps. Although he was very focused today. The feeling he gives me on certain jumps and his level-headed character, make him a true sport horse that I believe can get very far”, praises Dennis van den Brink. “We are happy with him; he keeps on getting better every year. I entered the seven-year-old classes in Peelbergen three weeks ago and he was clear all three days. This summer I hope to ride a few 1.40m courses and the WC selections. It all needs to be slightly more consistent and more focused, but I think it is important that a young horse remains youthful so that they still like the game when they are older. I do not want to force him, especially given his height. As long as he tries his hardest at the fences, we have a few more years to finetune it all. He thinks along, looks at the jump in the turn already and shows quality on the jump”, concludes Dennis van den Brink.

The second place in the final was obtained by Kannan Jr (Cornet Obolensky out of Van Meta ster sport-spr PROK by Quick Star, bred by and registered to the Family Kramer of Oud-Beijerland and Sjaak van der Lei). Kincsem (Carrera VDL out of First Buresco elite IBOP-spr sport-spr PROK by Ginus, bred by N. Smit of Hoge Hexel and registered to M. Houtzager of Rouveen) competed for the day prize and incurred a rail in the jump-off which resulted in eventually the second place in the competition.