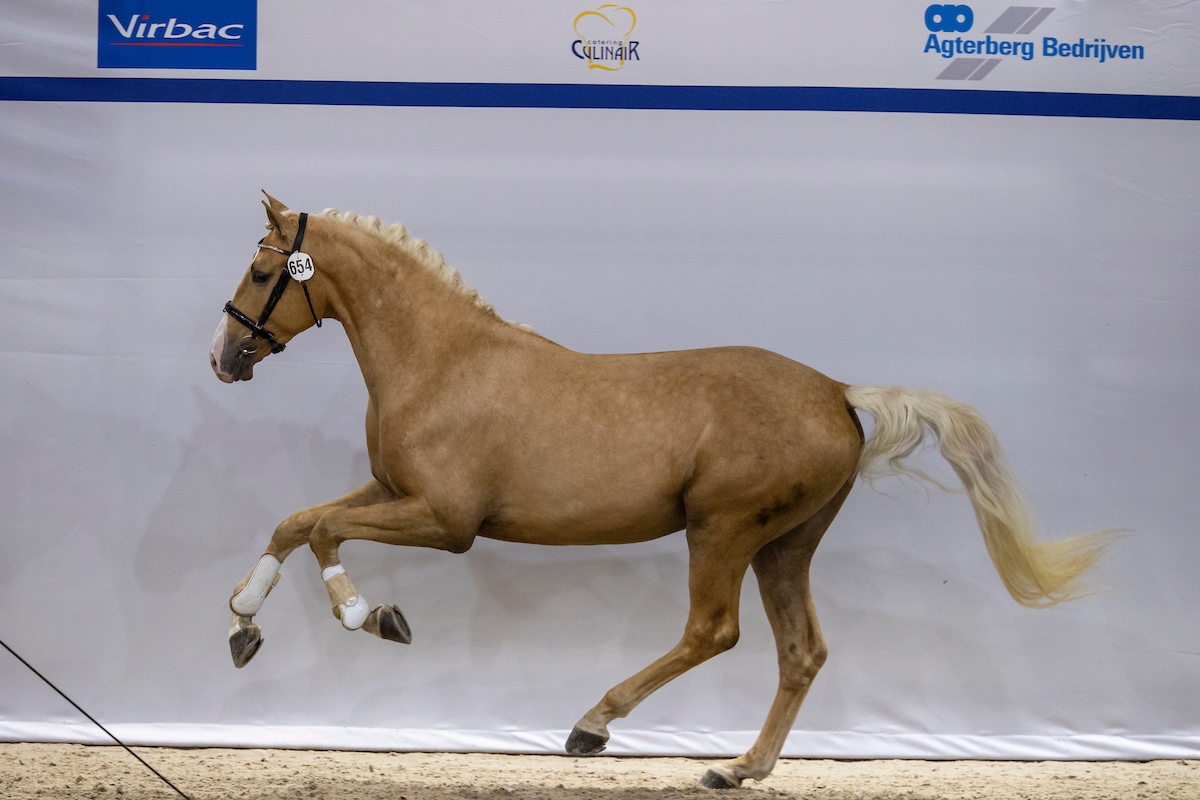 The six Gelder stallions that were appointed to the performance test were presented for the jury once more. A beautiful collection entered the arena.

The first to go was Odeer (s.Atze) of breeder/owner Anouk Noordman of Zuidwolde. The chairman of the stallion selection committee Gelder Horse, Marloes van de Velden described Odeer as: “a sufficiently developed stallion with a true Gelder mark-up. He trots with lots of action and has both a sire and dam that are active in the Grand Prix dressage ring, making him without a doubt interesting enough to test.” About Onedin (s.Edmundo) she said: “A longlined and true Gelder-type stallion. He convinced in the first-round viewing and jumped very well. He moreover descends from a damline filled with predicates.” The palomino is bred by Max Zwaneveld and Paula Herweijer of Assen and is registered to Marcel van Bruggen of Varik and T. van Steenis of Geldermalsen. Ojee-B of breeder Gerrit te Bokkel, a Gelder horse enthusiast to the core, was described by Marloes as follows: “A very youthful stallion out of the first crop of Ibsen B. He jumped well in the first round and showed great movements both times.”

The next stallion, Orlando, is bred by and registered to B. Boomkamp in Deurningen, co-owner is Rom Vermunt of Geesteren. Marloes: “A longlined stallion that moved and jumped impressively in the first-round viewing. Today, he was slightly fresh and tense which affected how he used his body, but we are very keen on testing this son out of the first year of Kardieno in Ermelo.” Obrian was the last stallion in this presentation, he is a son of the jumper stallion Vigaro. He is bred by and registered to H. ter Horst out of Vragender. “This stallion has size and length. He could have more elasticity. We would like to add some jumper genes to the population and this stallion seems a good fit, for that reason we gladly invite him back in Ermelo for the performance test”, concludes Marloes. Olaf (s.Henkie) bred by G.J.W. Roerdinkholder of Winterswijk Kotten and registered to Stal Aris van Manen in Nijkerk was not discussed in this presentation, but received an invite to the premium round a little later.