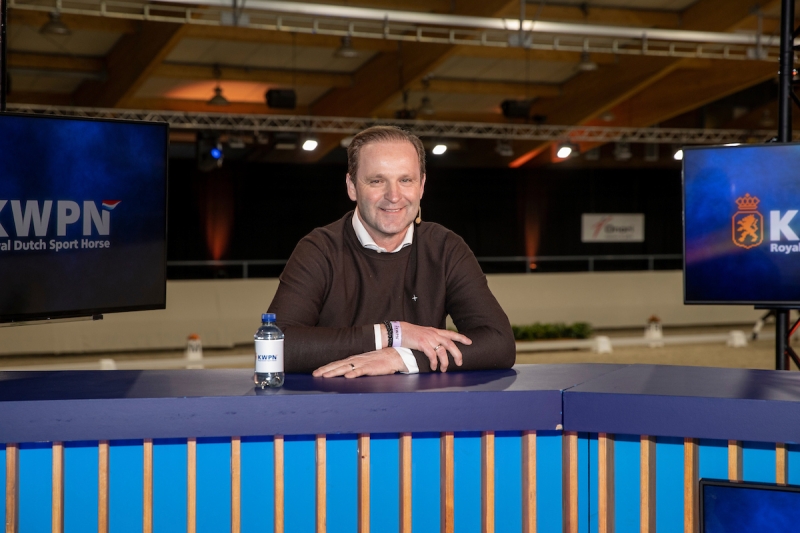 This afternoon Charlotte Dekker invited Joop van Uytert to the studio for a conversation about the preservation of horses for Dutch sport. His Haute Couture participated in the European Championships and was the reserve team member in Tokyo with Dinja van Liere. She was sold, but Dinja’s other top talent Hermès could be preserved for sport.

“This story began with three horses, when Dinja came to ride for us”, starts Joop. He refers to Haute Couture, Hermès and GLOCKs Total US. “Hermès was so special and already showed lots of natural talent as a young horse. That’s why we agreed that Hermès could stay if he developed nicely, but the two others would be sold. Total won a lot as a young horse, more and more people showed interest, but we wanted to preserve him for the Dutch sport. Edward was enchanted by him, and we came to a deal, and this turned out fantastic. We always kept in mind that Haute Couture would be for sale if the right moment would come along, so that was all in good consultation.”

Joop could not bear to also separate the combination Dinja and Hermès. “You want to divide the risk, so I was able to find a co-owner. We now share the risk up to the Olympic Games in Paris, after that could potentially be sold. For Dinja, the pressure of a sale is off, and we hope he covers a few more mares the coming years. In Germany and England, you have many investors in equestrian sport. As the equestrian sport gets more bandwidth and perhaps is shown more on the television, this could also increase in the Netherlands. We have plenty of horse people that discover young talent, but you always reach a point that stallions are used less, and your business must keep running.”