The best EPTM jumper mares of 2021 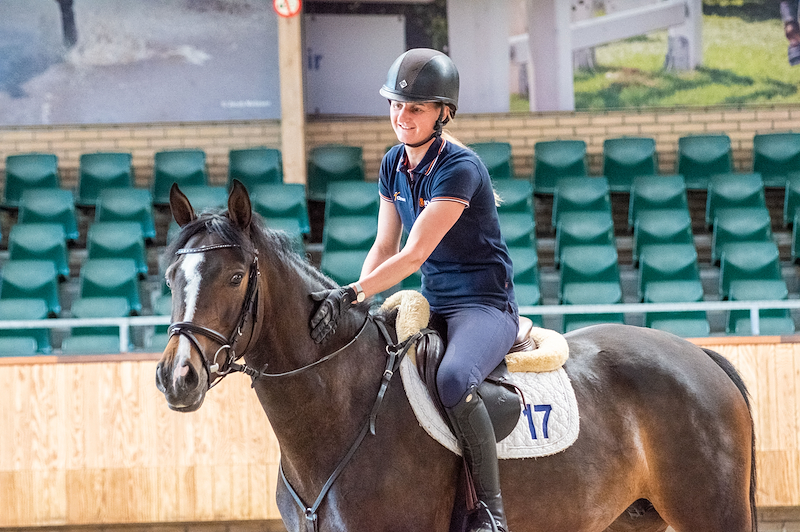 This week we looked into the database for the EPTM (Mare Performance Test) jumper mares. Which mares were the best in 2021? And what was the average score?

The Mare Performance Test is a popular ability test, which is often used by various breeders and owners. Through the Mare Performance Test, you gain insight into a mare's natural talent for the dressage or jumping sport. It is also possible to have the mare saddle broken at the KWPN Center two weeks prior to the regular test. There were eleven Mare Performance Test exams in 2021. In total, 83 jumper mares passed in 2021. The average score of the successful jumper mares was 78,3 points. Among the jumper mares Cornet Obolensky and Grandorado TN are the most frequently mentioned sire. Four daughters of each stallion passed the exam.

Top score
Two mares received a top score of 86 points. They both passed the exam on October 8th 2021. Nora E (Balou du Rouet Z out of Eloise elite EPTM-spr PROK by Numero Uno, breeder and registered party S.J. Ebbinge from Annen) received a 9 for rideability and attitude. The jury spoke highly of this mare: "This is a very strong horse with a lot of power. She jumped with a lot of takeoff and keeps the overall picture in mind”. The Maestro van de Bisschop-daughter Noletha (out of Vereletha sport-spr by Indoctro, breeder A. Renting from Zweeloo) of registered party A. Nijenbanning from Zweeloo received also a top score of 86 points. “This mare kept the overall picture good in mind and she jumped well with her withers up. It is a very light-footed and athletic horse. She received a 9 for canter, attitude and rideability," says inspector Marcel Beukers.

85 and above
Besides the two outstanding mares that scored 86 points, there are also four jumper mares that received 85 points or higher. 85,5 points were given to the jumper mare Lady Queen M (Grandorado TN out of Classic Queen PROK by Upgrade). The mare is bred and registered by H.G.J. Meijer from Markelo. Lindesnes (Singular La Silla out of Ding Dong van de Horsthoekhoeve ster PROK by Heartbreaker) received 85 points. She is bred by gebr. Bosch from Luttenberg and Team Nijhof from Geesteren. The same score was for Lara DDH (Larenco out of Beaniek by Valentino, breeder Dekstation de Havikerwaard from De Steeg) and Nova Minka GP (Cornet Obolensky out of Dominka keur prestatie EPTM-spr by Warrant, breeder G.J. van de Pol from Nieuw Heeten).