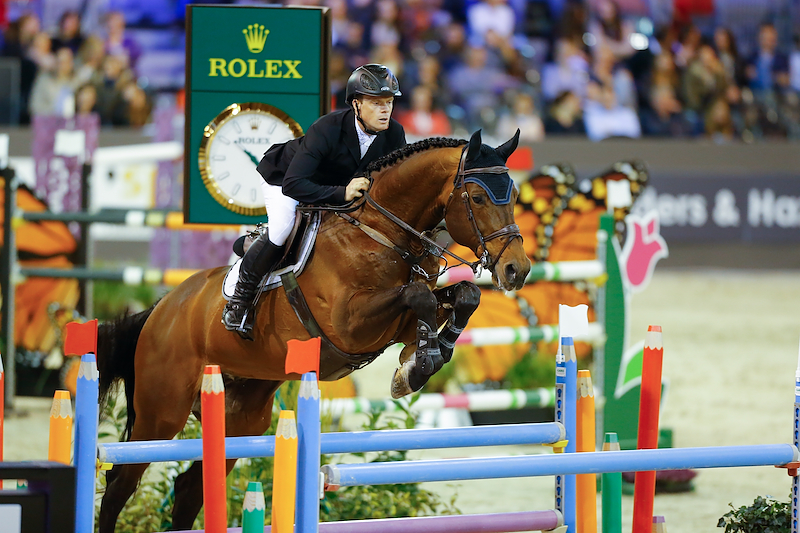 Breeding values express in numbers how a stallion inherits certain traits in relation to the total population. They provide an indication of what to expect with a given stallion choice. Breeding values are based on several sources of information. These include sport standings, from both national and international competitions, and the results of KWPN events, such as inspections and ability tests.

How are breeding values calculated?
Breeding values are calculated based on how much a stallion differs from the average. For example, we know that an average horse scores 68 points at the studbook inspection. Therefore, a stallion whose offspring score an average of 70 points at the studbook inspection, differs from the population by two points. The sports performance of older stallions plays a major role. The sport data is divided into seven age categories (four-, five-, six-, seven-, eight-, and nine-year olds and older).

Four-year-old jumper horses may, in accordance with regulations, jump up to 1.10m level at competitions, and the same applies to five-year-olds in the 1.20m and six-year-olds in the 1.30m, and so on. To make a fair comparison, it is necessary to find out how a stallion's offspring perform at a certain age and how this differs from the average. For example, a B-grade performance is worth one point and Grand Prix performance is worth over 200 points, depending on the discipline. Pedigree can play a role, especially with young stallions. If a young stallion's sire increases his breeding value, this has a positive effect on the young stallion's breeding value. This effect is later reproduced by offspring.

As mentioned, data comes from various sources of information. Sport is the most important of these, as it is the main breeding goal trait. However, there is a difference between older stallions, which have many offspring in the sport, and young stallions, which do not yet have any. When stallions are young, information from studbook inspections and testing is more likely. In many cases, high scores in the mare's test also mean high sport ratings, or at least offspring which do well in the sport. Thus, they are also good predictors. Ultimately, stallions must prove themselves through sport performance of their offspring, and if they stay behind, this will certainly affect their breeding values.

Read more about the reliability of breeding values next week!