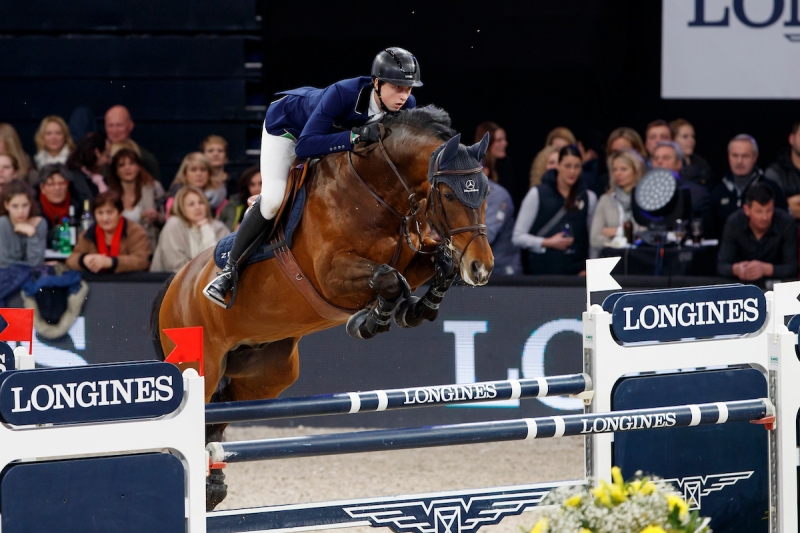 From the 6th till the 10th of April, the World Cup finals dressage, jumping, and driving are organised in Leipzig, Germany. Today, the dressage and jumper riders are up for their first leg.

In total, 39 jumper riders from nineteen different countries will make their appearance in the Leipzig Exhibition Center. At 14.35hrs the jumper riders are off to their first round: a speed and agility class. Tomorrow at 14.00hrs the second leg is due (a 1.55 course with jump-off). The conclusive final ridden over two legs is scheduled for Sunday. This starts at 14.45hrs. Three KWPN-horses will compete in the world cup final jumping. The Irish rider Denis Lynch saddles his Cristello (Numero Uno x Voltaire). Brego R’n B (Namelus x Gerlinus) will compete with American rider Katherine A. Dinan. And finally, Chaplin (Verdi x Concorde) is ridden by Martin Fuchs for Switzerland.

Eighteen dressage riders representing thirteen nations shall start in the world cup final dressage. The first element, the Grand Prix, is ridden tonight at 18.30hrs. On Saturday, the Freestyle to Music starts at 19.10hrs. Three KWPN-horses are to enter the dressage arena: All At Once (Ampere x Gribaldi) and the Moroccan Yessin Rahmouni, the KWPN-stallion Dark Legend (Zucchero x Tangelo) and Charlotte Fry (GBR) and Aquamarijn (United x Gribaldi). She is ridden by Yvonne Losos de Muniz from the Dominican Republic.

The World Cup Finals can be watched live via ClipMyHorse/FEI.tv

Read more about the participating KWPN-horses