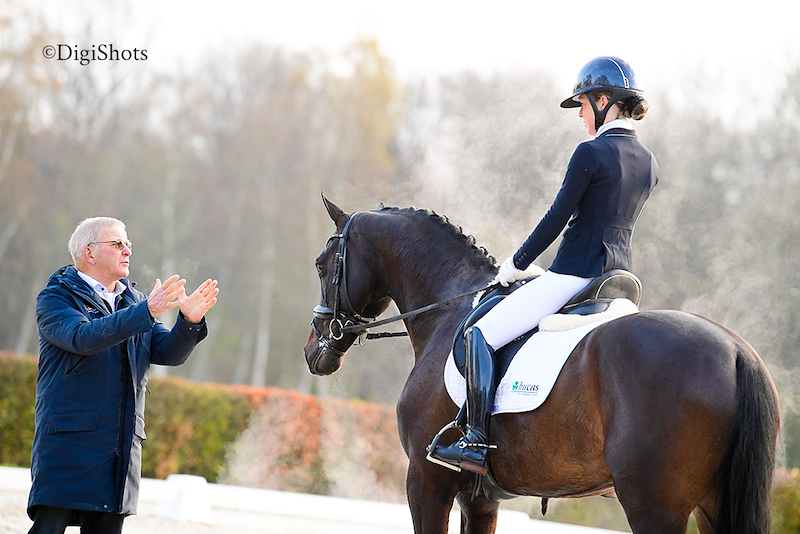 The first intake moment in Nunspeet was followed by the first selection and training moment in Ermelo last Monday and Tuesday. Member of the selection committee Johan Hamminga says he enjoyed these days: “There is a lot of potential.”

At the end of March, the first intake moment for the WC Young Dressage horses was organised in Nunspeet. The selection committee, comprised of Johan Hamminga, Floor Dröge and Veronique Roerink, invited fifteen 5-year-olds, ten 6-year-olds and eight 7-year-olds to the first selection/training in Ermelo. These groups of horses were joined by the top fifteen horses of the Pavo Cup for each age category, the best six of Pavo Fryso Cup and the horses that were part of the WC delegation of 2021. All these horses were presented during the past two days at the National Equestrian Centre.

Johan Hamminga is looking back on this first selection moment with satisfaction. “The circumstances were perfect, the dressage arena at the National Equestrian Centre looked fantastic and even the weather was exquisite. We have seen many good horses, some truly great combinations with lots of potential. During these two days the horses were asked to perform a preliminary test and the riders received some tips to train on further. We have mainly focused on the quality of the horses, its gaits and how it was presented in this first selection moment. An error in the test is nothing dramatic in April, you have plenty of time left to calmy work towards this. The benefit of this selection procedure is that the outlines become visible already and we still have 4,5 months to go, so the rider can opt for his horse to have some rest. Next time, we will see what the riders have done with our tips although we were happily surprised how easy the horses already performed their test. Especially for the seven-year-old class, the test is quite demanding, but seemed to form no problem for most horses. In short, these two days make us very hopeful!”

May 4th, the second selection moment is organised at the National Equestrian Centre in Ermelo. Johan Hamminga, Floor Dröge and Veronique Roerink shall continue with the selected horses listed below. A few horses were absent on April 11&12 due to an injury to the horse. In compliance with the requirements set by the committee, they can also be presented at the second selection moment.