Auction season off to a strong start! 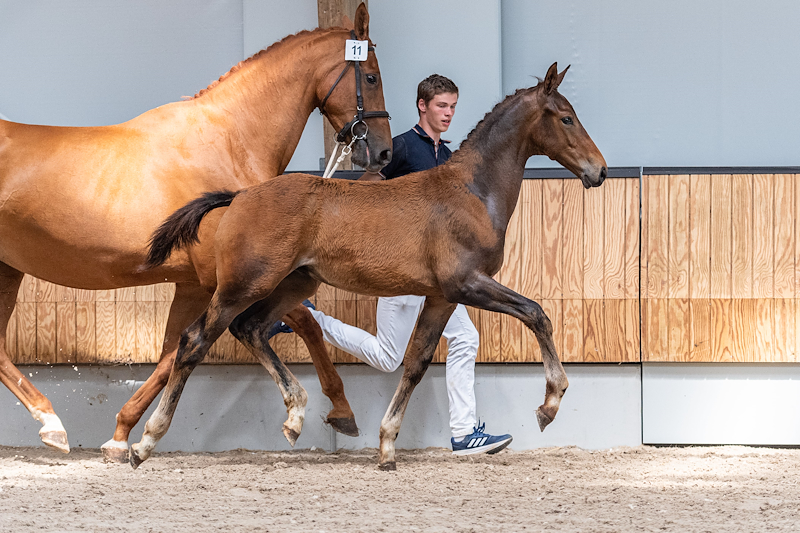 The KWPN Online Foal Auction of this year is off to a running start! An average price of over 5.000 euros and seven foals moving to new owners from abroad made this auction a successful first edition. Especially the dressage foals turned out to be in high demand.

The foreign interest that was already there in earlier editions of other online auctions could be detected once again in the first KWPN Online Foal Auction of this year! Last Friday, the auction opened, and this was immediately followed by a worldwide interest in the 15 auction foals. Today, especially in the final hours of the auction, various buyers from across the border were successful in their attempt to acquire one of the lots.

The auction top seller of this first edition is the Livius-son Savaro. He was sold for 8.000 euros. A fierce bidding duel precipitated before the foal eventually remained on Dutch soil. Bidders from the Netherlands, Germany, England, Belgium, Canada, France, and Italy placed their bids.

The most expensive jumper foal was Salla Ryal.K (s.Dallas VDL). She exchanged hands for 7.000 euros and leaves for Belgium.

The next photo and video day takes place on Saturday July 16th.