Watch the Pavo Cup selections with free English commentary back 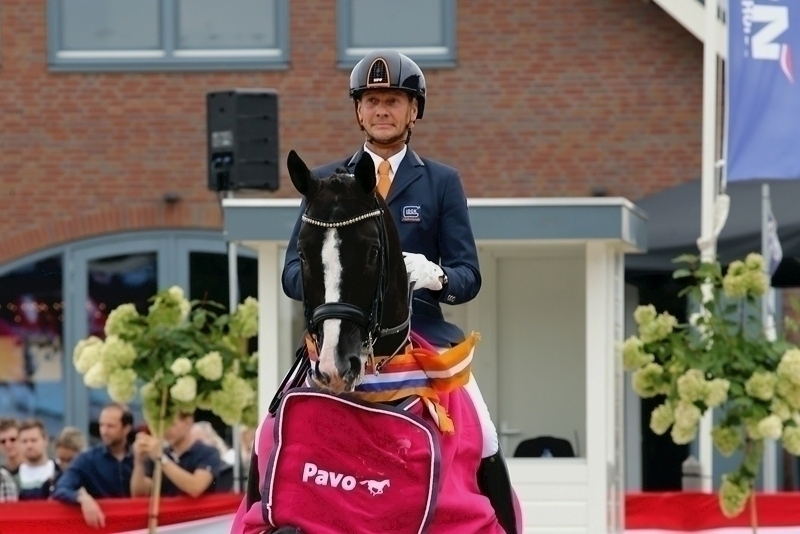 The Pavo Cup is one of the many highlights of the KWPN Championships. The four-, five- and six-year-old dressage horses competed in this battle of young dressage talents for the title of the Pavo Cup. You can watch the Pavo Cup selections back via our livestream, with Dutch as well as English commentary, for free.

The KWPN finds it extremely important to offer our breeders and their young dressage horses an (international) stage. Over the past year, KWPN events have achieved a huge reach via livestream, and we have received a lot of positive feedback from all over the world. Because of that we broadcasted all the selection competitions of the Pavo Cup via KWPN.tv and ClipMyHorse. During the pre-selections, explanations were provided in both Dutch and English.

The KWPN organized livestreams during the five Pavo Cup selections, four in the Netherlands and one in Belgium.

The evaluation of the natural qualities of a horse runs through these selections as a continuous thread. To obtain a start ticket for the semi-finals of the Pavo Cup, which takes place during the KWPN Championships in Ermelo, a horse must have some extra features. His natural movement mechanism; walk, trot, canter, harmony and total impression as a dressage horse in that are evaluated critically. Of course, the semi-final (Thursday August 4th) and final (Sunday August 6th) can also be followed via the livestream.

The Pavo Cup is a unique opportunity to enjoy the young dresssage talents and is therefore definitely worth your visit!