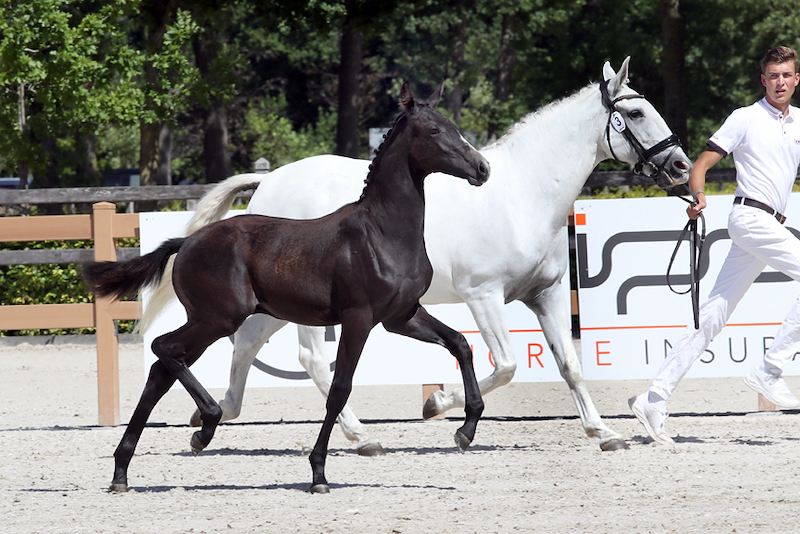 A day for the books! Crowds flocked, perfect weather, lovely horses and foals, and overall, lots of information. This very first information-inspection for KWPN/Iberian crossbreeds is one to remember and it gives an appetite for more.

Inspector Wim Versteeg explained right before the start: “Today, we have had a unique event. Five years ago, we were approached with the question to broaden our horizon in KWPN breeding by adding the input of the PRE and Lusitano horses. Their natural ability for collection and aptitude for piaffe and passage could be of great value since the KWPN-horses must learn these exercises by training. In consultation with the KWPN Breeding Council we started a multi-annual project. In Spain and Portugal various crossbreeds are campaigned at the highest level. Today we hope to get a lot of information and we are very curious to see the results of these crosses in the arena!”

Nine crossbreed foals were the first to set foot in the arena this afternoon. Jean Bemelmans and Bert Rutten were entrusted with the judging. The latter provided each foal with an explanation of their findings. Most remarkable was the light-footedness and good balance in movement of the in general noble and well-developed foals. The foals were not placed, but the most appealing foal was asked to step forward for an honorary mention. That turned out to be Sintra SV (main picture), a daughter of Las Vegas out of Bitola (s.Vicoso Da Broa). She was bred by and is registered to Hester Bischot of Dalen. Sintra SV was described to be a long-legged, alluring foal that moves elegantly and light-footed, with sufficient power and impression and an appealing posture.” 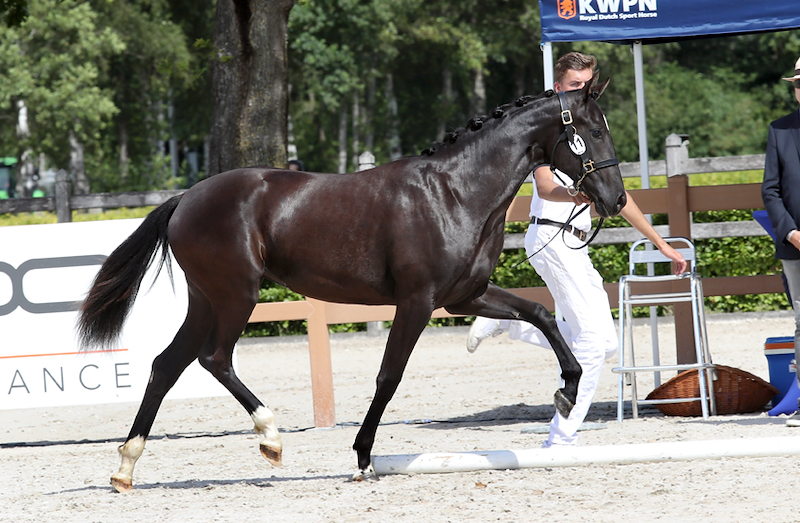 The second group consisted of yearlings and two-year-olds. This time it was Renoire DBD (pictured above), a daughter of For Ferrero out of Sorpressa XXXV. This special mare was represented by no less than five offspring today. Renoire DB was described as a noble yearling, that moves with impression, light-footedness and while continuing to keep a lovely frame. She is bred by Miranda Nouwens of Mussel.

Enthusiastic about the initiative

In the category 3 years and older register A, Odazzi DBD grabbed the lead position. Although he is still slightly overbuilt behind, he is more than sufficiently developed and showed a light-footed and powerful manner of movement. Additionally, he showed abundant presence. Miranda Nouwens bred him and he already has a new owner, one that so enthusiastic about the initiative she was very keen on being present.

The foal Sophia DS (pictured below) was one of them. Her sire is Traje de Centurion and she is bred by D.C.J. Spijker of Zeerijp out of the ster mare Carona (s.Johsnson). The jury said: “A very appealing foal, a tad short, but one with a light-footed trot, easy canter and good walk.” The last entry of the information-inspection was Rafa Reina de Susaeta. A sufficiently developed mare that was still somewhat overbuilt in the hindquarter, and this was reflected in her movements. However, that may be very different next year! 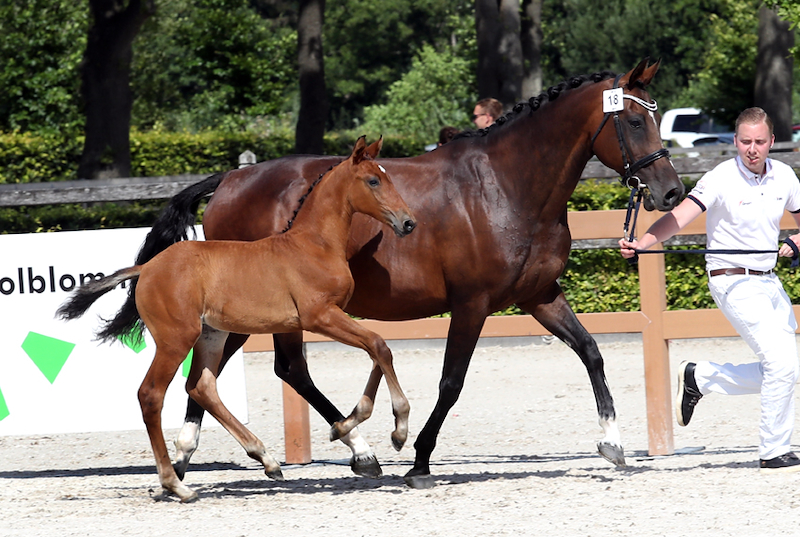