Willeke Bos and Hans de Roover Breeders of the Year 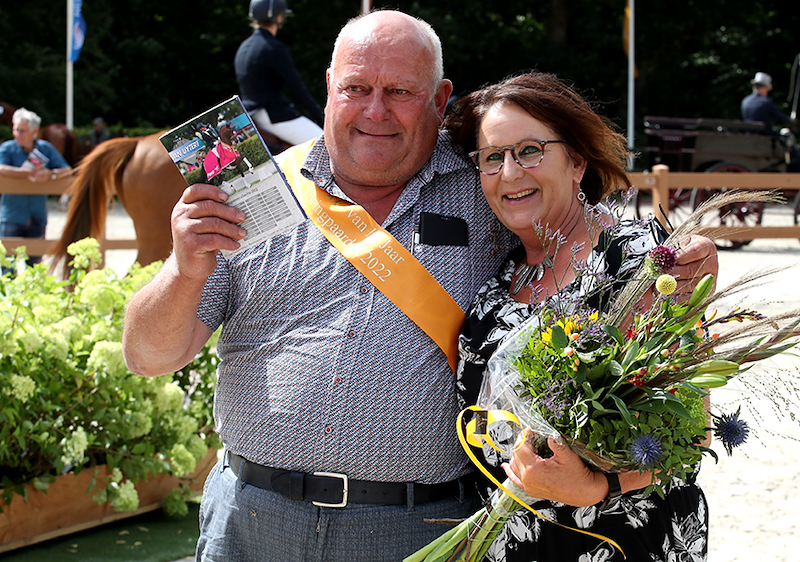 As per tradition, the KWPN Championships in Ermelo also honours the Breeders of the Year. Willeke Bos was awarded this highest honour in the breeding direction dressage and Hans de Roover received the title for his accomplishments in jumper breeding.

Hans de Roover was visible overcome by emotion as he was bestowed with the prestigious title of Breeder of the Year Jumping: “This is fantastic, I really did not expect it and only realized it when the speaker announced my name”, stammers the breeder afterwards. Hans de Roover is actually quite a versatile breeder that started with harness horses, but also bred international driving horses and international eventer horses. In 1997 he purchased the Nimmerdor-mare Jolaris that became the basis of his current successes. Around 2005 he started horse breeding from a professional and commercial vantage point. The breeder is a KWPN-ambassador in every aspect. He brings his mares, stallions and foals to the inspections and ability test. Thanks to his long list of homebred sport horses that are successful up to the highest level, his damlines, multiple appointed stallions and even two approved stallions, Hans de Roover gets to call himself Jumper Breeder of the Year 2022. 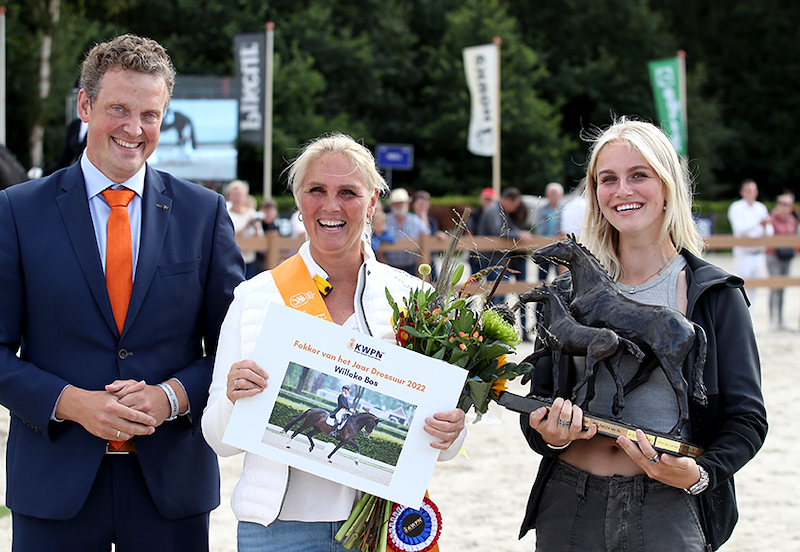 After playing the lead is last February’s stallion selection, Willeke Bos of Stal 104 was honoured as Dressage Breeder of the Year 2022. Certainly, in an era that ageing is an issue among breeding, it is welcome that (relatively) new breeders emerge themselves in breeding with passion and success. And that can certainly be said about Willeke Bos that put Stal 104 in Wijdewormer on the map in a relatively short time period. She started to be serious about breeding only 15 years ago, but quickly gained success by making the right choices. A remarkable aspect is that Willeke Bos is active in every level of the horse sector. She obtained numerous successes at the mare inspections and stallion show and got quite a few horses that are campaigned in the sport ring, up till the ECs for the youth and Olympic Games. Yessin Rahmouni participated in the Olympic Games of Tokyo aboard her homebred All At Once (s.Ampère). Willeke also left her mark on the most recent stallion show. Five of her stallions were appointed and three out of four premium stallions were bred by her.