These are the stunning National Foal Champions of 2022 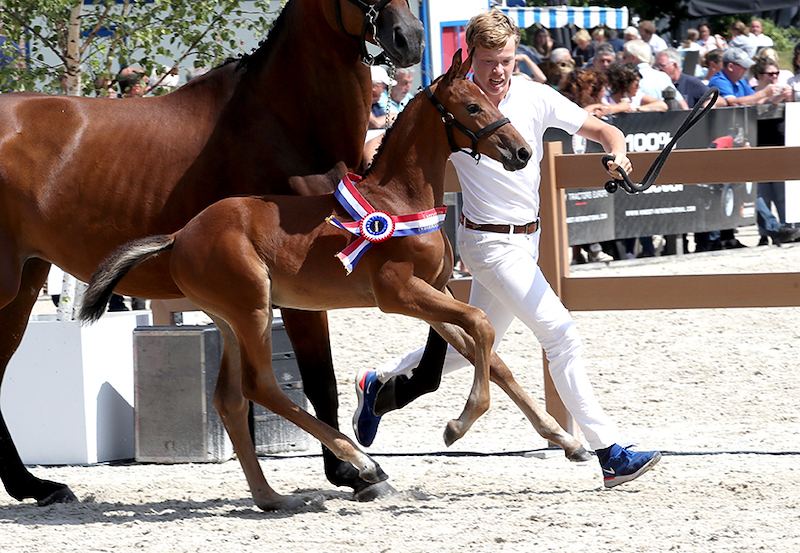 The Friday of the KWPN Championships is known for the national foal champion. The foals have qualified at various pre-selection across the nation and their proud breeders keep their fingers crossed to win that prestigious Virbac Foal Trophy.

Cor Loeffen, Stan Creemers and Nelle Bijlsma formed the jury for the jumper foals at the National Mare Championship. They selected thirteen correct and athletic foals for the championship round. After a thrilling final it was the elegant and athletic filly Salsalien that received the champion sash. Jan and Willem Greve bred Salsalien (Mees vd Watermolen out of La Selien keur EPTM-spr by Comme Il Faut) out of their successful lineage. “This foal is light-footed and moves with ample elasticity and self-carriage”, enthuses Cor Loeffen. “She possesses an appealing front and beautiful mare imprint.”

The alluring Lord Romantic-son Stallone.L (pictured above) grabbed the lead in tonight’s final for dressage foals and that means nreeder Frans Leijten of Helvoirt gets to take home the coveted Virbac Foal Trophy. Marian Dorresteijn, Petro Trommelen and Brecht D’Hoore announced Stallone.L as the winner and commented: “This foal has a good, elastic walk. In trot he is equally elastic and really shows his power comes from the hindquarters. The canter was truly something special, it has a great jump, impulsion and athletic use of the body.” 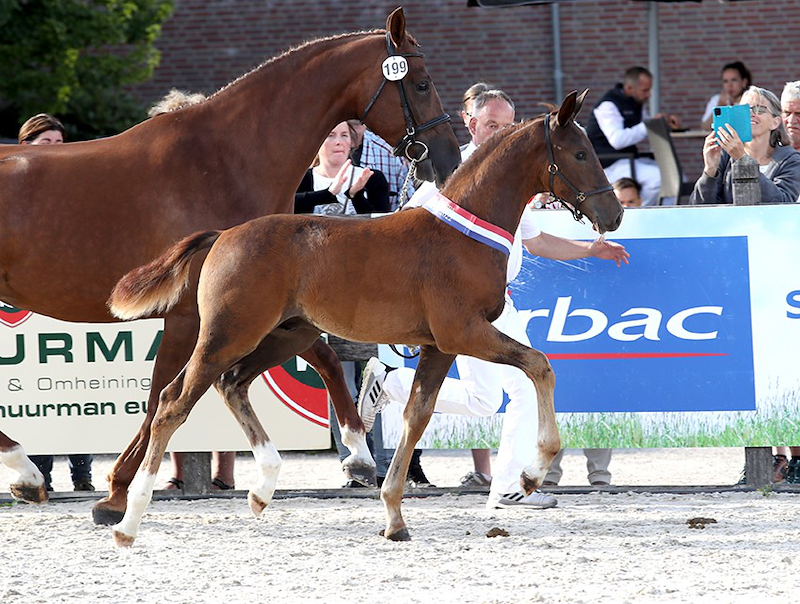 Seppe Rona (pictured above) of breeder Jan Vonk of Goudriaan was declared the champion of the Gelder foals. The colt is a son of Jupiler S out of Joanne Rona (voorl.keur v.Alexandro P), the former 2014 National Foal Champion herself. Arie Hamoen explained on behalf of the jury: “A clear winner in this group. Well-developed, with a lovely model and equal light-footed and powerful manner of movement.” 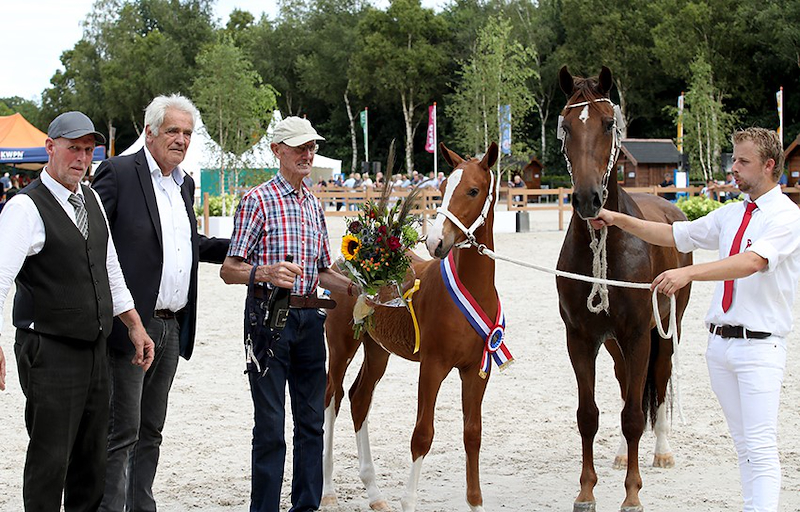 Today the very first Open National Foal Championship was held. In this pilot, that entailed no pre-selection, 32 harness foals entered the arena. Lammert Tel, Berend Huisman and Etienne Raeven formed the jury in this class and they crowned Sandra (Macho out of Iowa keur s.Manno of breeder A.J.G. Mulder of Klarenbeek) as champion. “The mare is noble and portrays the typical harness horse characteristics. In her conformation she is an appealing foal with a nice forehand, beautiful neck, and lovely head. In trot she moves uphill and with ample suspension, while also maintaining impulsion. She exhibits abundant balance, an active front leg and good use of the hindleg.”