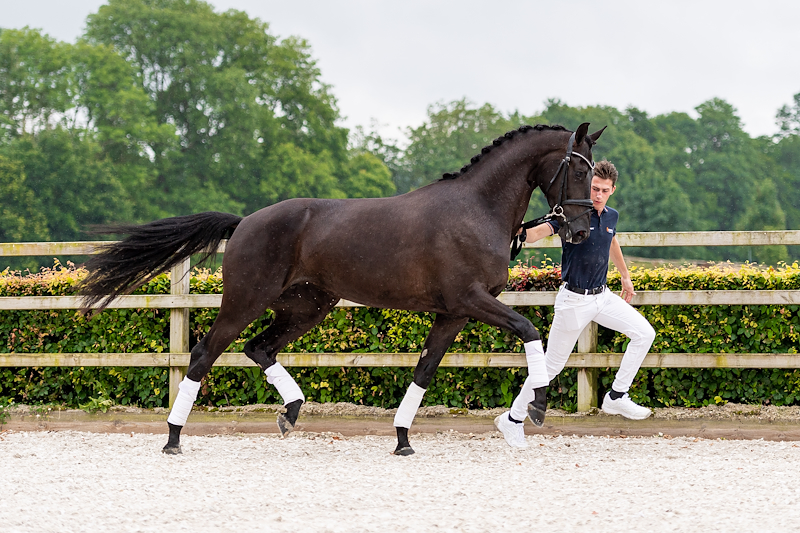 Although buyers from across the borders love shopping in the KWPN auctions and often seize the best horses, two out of three National Mare Championship-contestants of the most recent online auction of Monday August 8, remain in the Netherlands. The stunning, quality mares have been acquired by the same buyer.

We are talking about Odinde (Jervaux x Johnson) that yielded 26.000 euros and Ofira Waard (Glock’s Flavio x Jazz) that amassed 24.000 euros. The third NMC-mare in the collection, the in foal Oebbony van de Watermolen (Wedgwood x Scandic) leaves for Germany for 16.000 euros.

The three-year-old Otyilia (Kilimanjaro x Rousseau) moves to a new stable in the Netherlands for 22.000 euros. Italy placed the winning bid of 11.000 euros on Our Girl JB (Deparon U.S. x Flemmingh).

The three jumper horses have been sold to Poland, Sweden, and the Netherlands, O’Niel (Harley VDL x Zirocco Blue VDL) generated the highest sum of 14.000 euros.

Looking back this auction evidently included horses that we will hear from in the future. The attentive buyer could secure something special for an appealing price.

Today, the next foal collection is launched. Bids on these jumper and dressage foals are open from Friday the 12th until Monday the 15th of August. The day after, Tuesday August 16, we present the jumper foals of our exclusive online foal auction held during the Blom Cup in Valkenswaard. Only remarkable jumper foals out of performance damlines have made the selection. This auction closes Thursday the 1st of September.