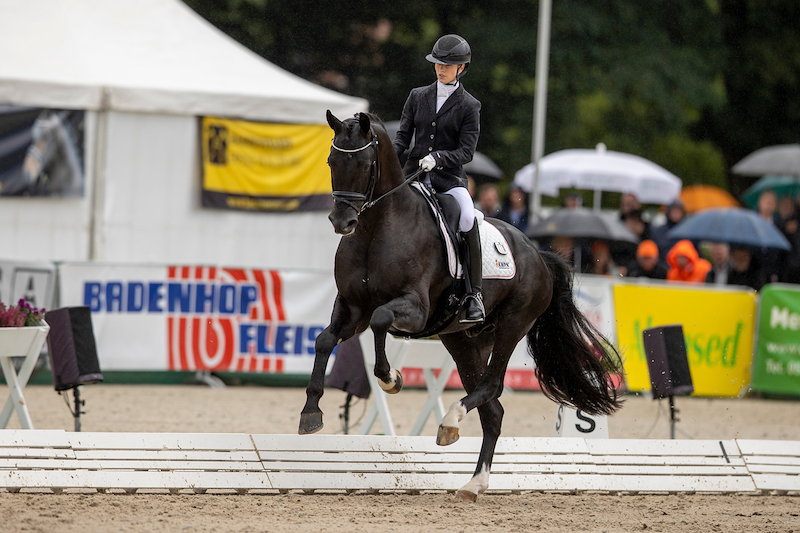 The selection committee for the World Championships for Young Horses has finalized her selection and announced the Dutch delegations. In the five-, six-, and seven-year-old category six talented horses are granted the opportunity to take it up against the world’s crème de la crème.

The selection committee that is comprised of Floor Dröge, Veronique Roerink, and Johan Hamminga, set up an extensive selection procedure at the beginning of the year. Designed to not only focus on the selection itself, but rather prioritizing training and preparing for the WC. Johan Hamminga explains: “We have tried to = optimize this selection procedure for everyone. An important guideline for us was that the horses must be presented in a harmonious and unforced manner allowing the natural aptitude to emerge.” When asked if the selection committee looks toward the world championship with confidence, Johan Hamming answers: “Absolutely! We are very happy with this selection! You never know what the other countries will bring to the table, but we are looking forward to the championship with high expectations.”

In the overview of the delegated combinations, we recognize multiple familiar faces, from KWPN stallions to Pavo Cup crackers that put their best foot forward last weekend. Amongst the five-year-olds that includes the approved stallions Mauro Turfhorst (s.Zonik) and Maddox Mart (s.Hennessy), while we also spot the vice-champion of the 2022 Pavo Cup Montrachet (s.Glock’s Toto Jr.) on the list. Hexagon’s Gorgeous Black Art (s.Glock’s Toto Jr.) was appointed to the performance test last Saturday after his performance in the Pavo Cup and this selection means he receives a green light twice this week.

Among the six-year-old horses we notice two approved stallions, Las Vegas (s.Ferdaux) and Lennos U.S. (s.Grand Galaxy Win). Kirsten Brouwer obtained bronze last year aboard her Lightning Star (s.Ferguson) and last Saturday the two showcased to be in top form by winning the Pavo Cup. Will this combination secure another medal this year? Curro Benitez Sanchez piloted Lord Platinum (s.Ferguson) to the reserve title of the same championship last weekend and also gets to travel to Ermelo early September. In the eldest age category, for the horses born in 2015, Bart Veeze may saddle the approved Kyton (s.Ferguson). Charlotte Fry and the KWPN-stallion Kjento (s.Negro) will attempt to prolong their world title of 2021. Last year’s Pavo Cup winner Kadiene (s.Zhivago), ridden by Svenja Grimm) also made it to the selection.

The approved stallion Ferguson is doing remarkably well in this WC-selection. Four of his offspring may defend his honour at the world championship. He is followed by Glock’s Toto Jr. that sires three horses in the selection. Recently crowned GP Special world champion Glamourdale is represented by one son in the final selection and one on the reserve list.

From the 8th until the 11th of September, the National Equestrian Centre in Ermelo forms the centre stage of the Longines FEI WBFSH Dressage Breeding Championships for Young Horses. The world’s best five-, six-, and seven-year-old horses will compete for the coveted medals. The WC of Herning once again evidence that these are the talents of the future: the golden Glamourdale was already crowned world champion of the young horses four years ago while the bronze Hermès also seized a medal that edition. Mark 8-11 September in your agenda because the new generation stands up in Ermelo. Tickets are for sale here.

Overview of the selected horses for the World Championship for Young Dressage Horses: