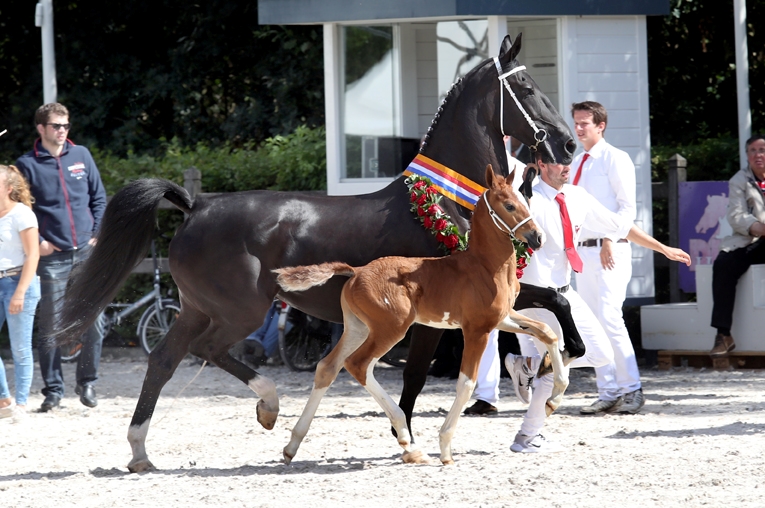 Due to the heatwave that hit the Netherlands last weekend, the National Harness Day that was originally planned for Saturday August 13, has been moved to Thursday August 18. Unable to attend the event in person? Our livestream has got you covered!

If the weather forecast shows a day of 30°C or higher, it is called a tropical day in the Netherlands and the National Plan for animal transport is activated. Such a day warrants caution for horse events. At our events, horse welfare is always our number one priority. For that reason, KWPN believes it was irresponsible to organise an event last Saturday. Consequently, the entire National Harness Day was canceled and rescheduled for Thursday August 18 at De Nieuwe Heuvel in Lunteren.

On Thursday 18, the offspring inspection of harness horses Maximiano I&S (Putten) and Macho (Ede) were planned, these also have moved. Tuesday August 16, it’s Maximiano I&S (s.Baarzens Jagerzoon) is up first. At 18.30 hours his offspring are inspected at I&S Sporthorses in Putten. Wednesday August 17, the offspring of Neon GSM (s.Bocellies Matteo) are viewed at Stal Albert Lueks in Diever. At 13.00hrs the offspring of Magnifiek (s.Idol) follow at Lambertus Huckriede in Enschede. Finally, Macho (s.Indiana) shows his progeny at Van Manen in Ede at 16.30hrs.

Read more about heat and its effect on horses

It is important that one realizes that a horse’s natural optimal ambient temperature is lower than that of a human. It is thus crucial to keep that in mind when assessing the situation. Recently, we published an article in the KWPN Magazine together with prof.dr. Marianne Sloet. A summary can be found here.

Unable to attend in person but curious to watch the National Harness Day unfold? Follow the event via our livestream at KWPN.tv.