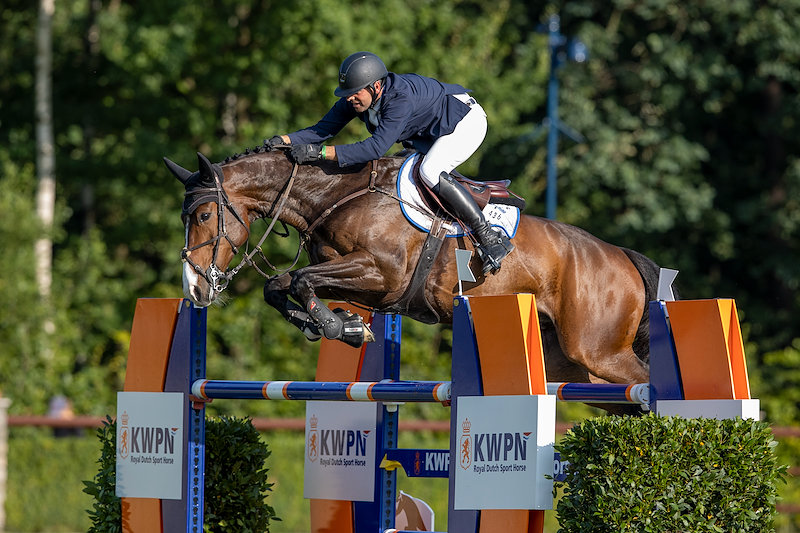 The program and the start lists of the Blom Cup have been published. From the 29th till the 31st of August, the Netherlands’ best young showjumpers travel to Valkenswaard to compete in the Blom Cup. A fantastic stage for the talents for the future.

Monday August 29 the Blom Cup kicks off with the six-year-old showjumpers in the main arena at 11.00hrs, the seven-year-olds follow at 17.00hrs. In arena 2 the five-year-olds make their first appearance at 12.30hrs.

Wednesday the 31st of August revolves around the finals. The five-, six- and seven-year-old finalist are due to make their appearance in that order from 10.00hrs onwards. In arena 2, the four-year-olds are scheduled to perform their final at 08.00hrs, followed by the small finals for five-, six-, and seven-year-olds.

Similar to previous years, stallions aged from four up till seven years, that wish to qualify for approval at the KWPN, can sign up for participation in the Blom Cup. The stallion selection committee judges the performances of the enrolled stallions among their peers, making it possible to demonstrate and recognize distinctive capacities. Monday at 12.00hrs the conformation inspection of the five- and six-year-old jumper stallions is scheduled, after which the first-round-viewing is held during the first leg of the semi-final. The second-round-viewing takes place during the second round of the semi-final. The conformation inspection of the four-year-old jumper stallions is planned for Tuesday August 30 at 14.20hrs and for that age category, the first-round-viewing is during the first leg and the second-round-viewing is held during the final on Wednesday.

Keen on seeing the very best young showjumpers compete at Tops International Arena in Valkenswaard, but unable to attend in person? We’ve got you covered with our livestream! Watch the entire event live at KWPN.tv.