WC for Young Dressage Horses at the starting blocks 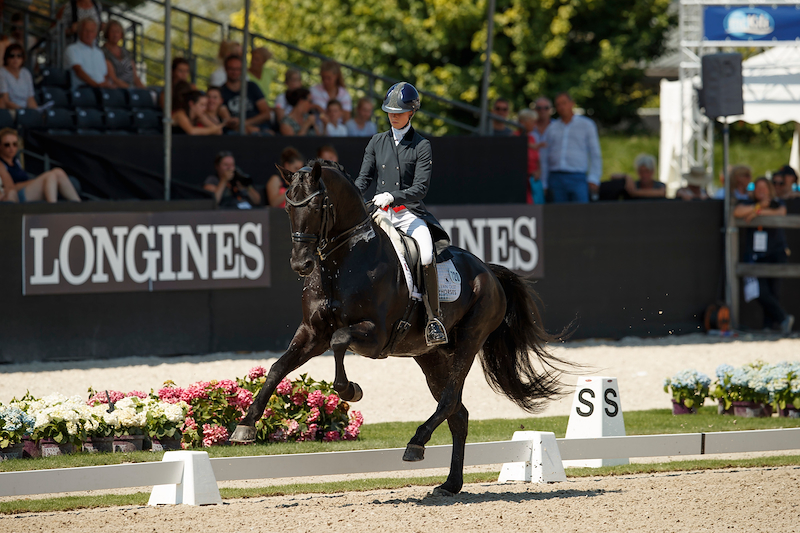 The dressage event of the year that is longingly anticipated is on the verge of beginning: the world championship for young dressage horses commences Thursday September 8. The programme can be browsed here, and tickets are available here.

The world’s best young horses travel to Ermelo. 5-,6-, and 7-year-old horses compete for the championships. The programme additionally includes the CDI-3* Grand Prix with a Freestyle to Music on Sunday. Moreover, some talented four-year-old horses make their appearance in the sport Pro Horses Prize.

Heart-pounding finale
The last time riders set foot in the arena in Ermelo was in 2019. Due to the Covid-19 pandemic the 2020 edition had to be cancelled and in 2021 Verden hosted the WC. Those that attended the event in 2019 surely still remember the final of the five-year-olds. The stallion Secret headed for the final as the tipped winner. However, it was the KWPN-bred stallion Jovian that was awarded four tens for his dazzling performance and secured the gold with rider Andreas Helgstrand. Frederic Wandres and the six-year-old Zucchero OLD approached perfection in their test. The Zonik-offspring won the qualification and sealed the deal in the final. In the class for seven-year-old horses, D’Avie and Severo Jurado Lopez prolonged their title. The chestnut stallion repeatedly wowed the crowd with his fantastic movements. It is hard to predict if this year’s finals will include such thrills and spills again, but top-level dressage is guaranteed.

Extensive shopping village with sustainability square
In between of the classes there is plenty of time to indulge in a shopping spree in the promotion village. New this year is the sustainability square. Organiser Joris Kemperman explains: “Sustainability also plays a key role in the event sector. We have been invited by the province of Gelderland to join the leading group ‘Sustainable Gelder Sport Events’. This three-year term should eventually serve as an inspiration for other events. We for example adopted a 100% electrical shuttle service. The cooperation with the KNHS is crucial since we use many of their permanent facilities. This year we will set a baseline and the coming years we strive to develop even further in terms of sustainability.”

The WC in Ermelo
In 2016, the world championships returned to the Netherlands after it had been organised in Germany for nearly 20 years. Spectators from all over world traveled to Ermelo to indulge in dressage for four days. The enthusiasm did not go unnoticed by the FEI and the event was again held in Ermelo from 2017 throughout 2019. Last year, the medals were again up for grabs in the German Verden. The WC editions of 2022, 2023 and 2024 have been assigned to the Netherlands.