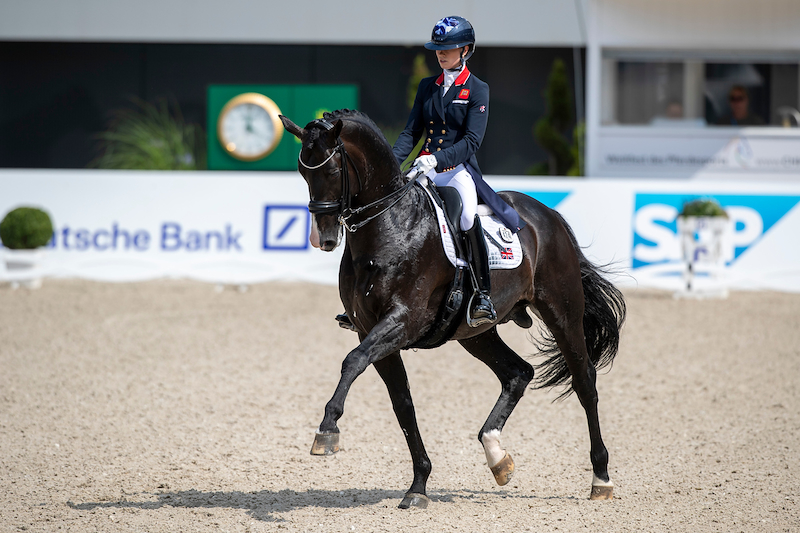 Dressage horse enthusiasts may look forward to some fantastic entries during the WC for Young Dressage Horses. In addition to the world’s best young dressage horses that have been selected for the prestigious championship, the CDI3* class is expected to bring about a fierce battle as well.

World champions
Fresh off the heels of Herning, the recently crowned world champion Charlotty Fry has signed up for the Grand Prix class. She will saddle her Olympic horse Everdale (s.Lord Leatherdale). In 2021 the combination contributed to Britain’s team bronze in Tokyo.

Back in Ermelo
Andreas Helgstrand will bring his wonder mare Queenparks Wendy (s.Sezuan) to Ermelo. A familiar site for the duo as they secured bronze at the 2019 World Championship for Young Dressage Horses. The mare was called a future Grand Prix horse back then and has since lived up to the expectations. The entry list for the CDI3* contains more familiar faces. The combination Jeanine Nieuwenhuis – Great Lady TC (s.Bretton Woods) and Lynne Maas – Electra (s.Jazz) previously participated in the World Championship for Young Dressage Horses and now make their comeback in Ermelo at Grand Prix level.

Featuring 12 different nationalities, it promises to be an exciting competition. The Grand Prix is scheduled for Saturday morning. On Sunday, the best combinations return for the Freestyle to Music that precedes the LONGINES final for six-year-old dressage horses.

Amended programme
Because of the large number of participants, a few amendments to the programme of the WC for Young Dressage Horses have been made. The six-year-old horses perform their first qualification on Friday morning in arena 2 starting at half past eight. Simultaneously, the small final for five-year-old horses is ridden in the main arena. It offers the last chance to obtain a ticket to the final.