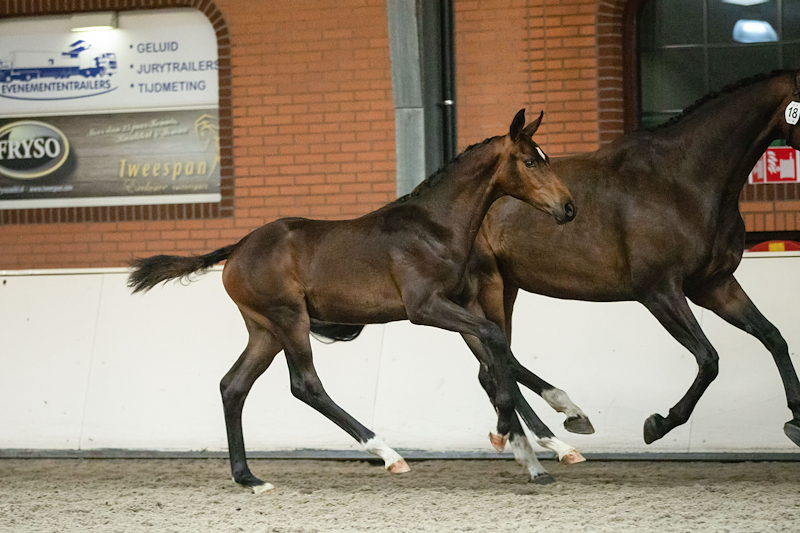 The fourth KWPN Online Foal Auction has come to an end. Nine out of 18 foals of this collection move abroad.

The foreign buyers sustain their interest in the KWPN foals! That enthusiasm had already become evident in earlier online foal auctions this year and the fourth KWPN Online Foal Auction was no exception.

Last Friday, the auction opened and the 18 auction foals immediately drew worldwide attention. On Monday, especially during the last few hours of the auction, various foreign buyers made their move.

The top seller of the fourteenth edition is the Mister Diamond-son Saltator DHF. He was sold for 7.500 euros. It was preceded by a fierce bidding duel between Dutch, German, and Spanish bidders. The latter placed the winning bid and that means Saltator DHF is set to leave for Spain.

Spirit of Hirasinaa (s.Douglas) and Sibolensky (s.Ibolensky) turned out to be the most expensive jumper foals. They exchange hands for 6.500 euros and move to Switzerland and Germany.

Unsuccessful in acquiring a foal out of this collection? Fret not, the fifth collection of foals is published today. Bids are open from the 16th until the 19th of September.