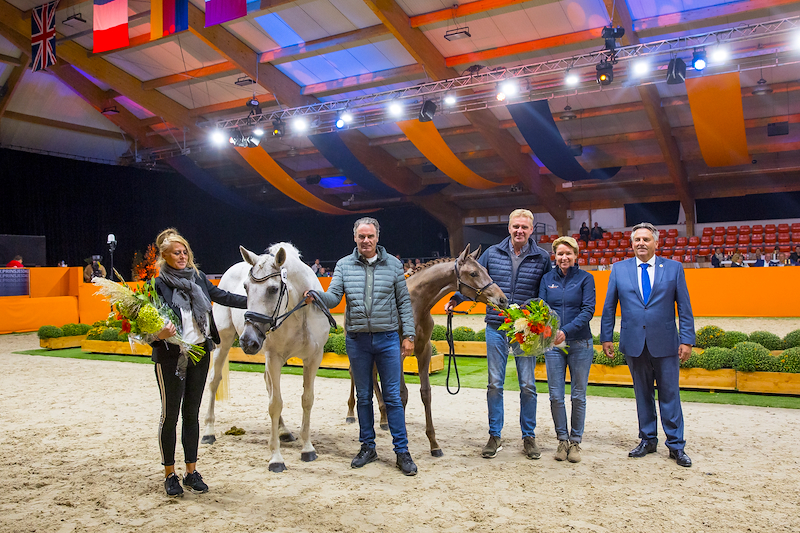 “The Power of Performance” is the motto of Foal Auction Prinsjesdag and this was not denied during the auction on Tuesday evening, September 20. Chairman Arjan van der Waaij: “The auction got off to a slow start, but after the break the international buyers were able to appreciate the fantastic foals well. The auction was well attended by an international buyers audience, both physically and online. A hybrid auction remains an attractive way to market foals.”

Canadians were in the market for the interestingly bred Sir Mowgli SVN Van 't Studutch (Mowgli V.O.D. out of La Palma 4 s.Diamond Hit) bred by Stal Studutch of Sint-Michielsgestel and Stal Van Nobelen of Noordwijk. They had no less than € 55.000 left for the full brother of the GP dressage horse Hot Hit, who recently won the GP in Saumur.

The second money was paid for Vainqueur's son, Supérieur (out of Just For Your Eyes ster PROK s.Sorento, breeder G. Koks of Warmenhuizen). His grandmother Fantasie is at the origin of several sport horses. He found a new owner for € 44.000 in a well-known international stallion breeder.

The most expensive jumping foal was Balou's Girl W (Balou du Reventon x Kashmir van 't Schuttershof) out of the famous Roosakker mare line. She found a new owner for € 38.000.