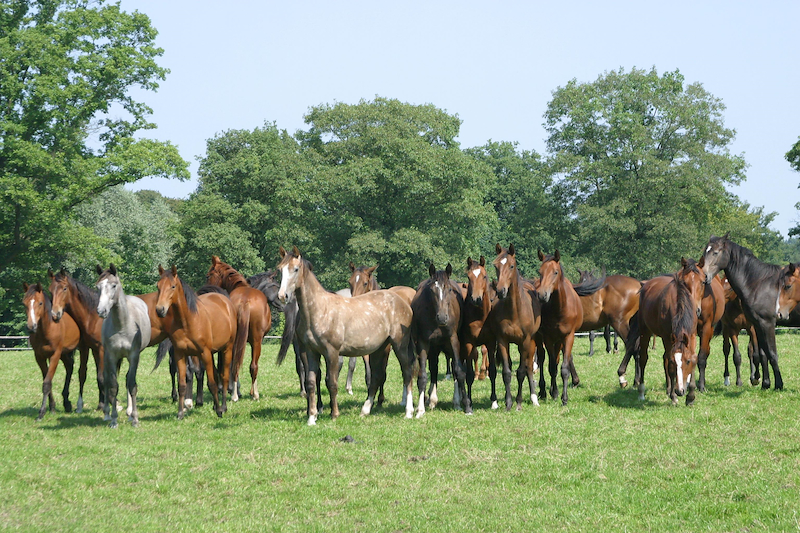 Veterinarian and breeder Hans van der Louw shares his views on the subject. “For riding horses, we should drop the tests for the PROK and fully focus on the D-OC exam,” asserts Hans.

Population Genetics
“As a studbook, we should focus more on the population. The genome study is particularly suited for this. The D-OC predicate indicates the degree to which the genetic propensity for osteochondrosis is present in an animal. Its reliability is 45%, which is many times higher than that of the PROK. What sometimes may be difficult to understand, for example, is that a stallion with OCD and a high D-OC value is better suited for breeding than a stallion without OCD and a low D-OC value. The explanation for this is that it's not about the stallion himself but what he passes on to his offspring — which is the essence of breeding.

“I know that there are some doubts about the reliability of genome research and some people therefore want the PROK and the D-OC predicate to coexist longer, but the genome selection for osteochondrosis is the result of a very extensive and costly offspring study, paid for by breeders. Comparable studies in other studbooks have proven their value in many areas.”

“Today's modern world is unimaginable without the results of DNA research and its application: consider food production and combating diseases and genetic disorders. DNA profiles are used even in the fight against muskrats. DNA research and its applications will partly determine the future of humans and animals. And it's not applied 'just like that,': we can see that in the fact that the Harness horse population is too small and deviates too much from the riding horses to use reliable genome research, so people will continue with the PROK for the time being.”