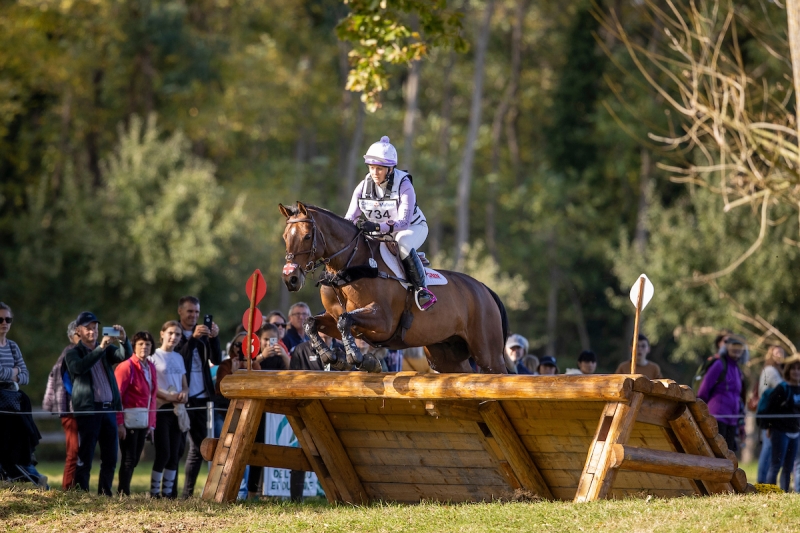 Today, the World Eventing Breeding Championships for Young Horses 2022 kicks off in Le Lion d’Angers, France. The entry lists for both the six- and seven-year-old class include a number of KWPN horses.

The world’s best young eventing horses make their way to Le Lion d’Angers. The talented six- and seven-year-old horse compete for the medals from October 20 through 23.

The six-year-old KWPN horses that are making an appearance are Legende P (Dallas VDL out of Trendsetter vb by Indoctro, breeder J. Poort out of Siddeburen), Linn (Etoulon VDL out of Glinn ster by Arezzo VDL, breeder W.J. van Gurp of Luttelgeest), Leonardo FD (Cardento out of Viranda elite prest IBOP-spr sport-spr PROK by Furore, breederW.L. Faber of Burgum), Linkin Park K (Emir R out of Pebbles NK by Pablo, breeder D. Kajuiter of Zevenhuizen), the 2021 KWPN champion of the five-year-olds Larosaleen W (Karandasj out of Harosaleen stb by Albaran, breeder J.W. Greve of Haaksbergen) and the third-place winner of that same championship Lisarado (Herald III out of Cindorado LA stb-ext by Indorado, breeder Stal Falkena-Olff of Harich). Legende P and Larosaleen W both represent the Netherlands with their riders Willemina van der Goes-Petter and Sanne de Jong

The dressage test is scheduled for Thursday and Friday. Saturday the 22nd of October, the young horse will perform the cross country and on Sunday the championship is concluded with a showjumping course.

All participating KWPN horses are listed on the special overview page of the WC for Young Eventing Horses. The event can be followed live via clipmyhorse.tv. Check out the timetable, starting lists and live results.