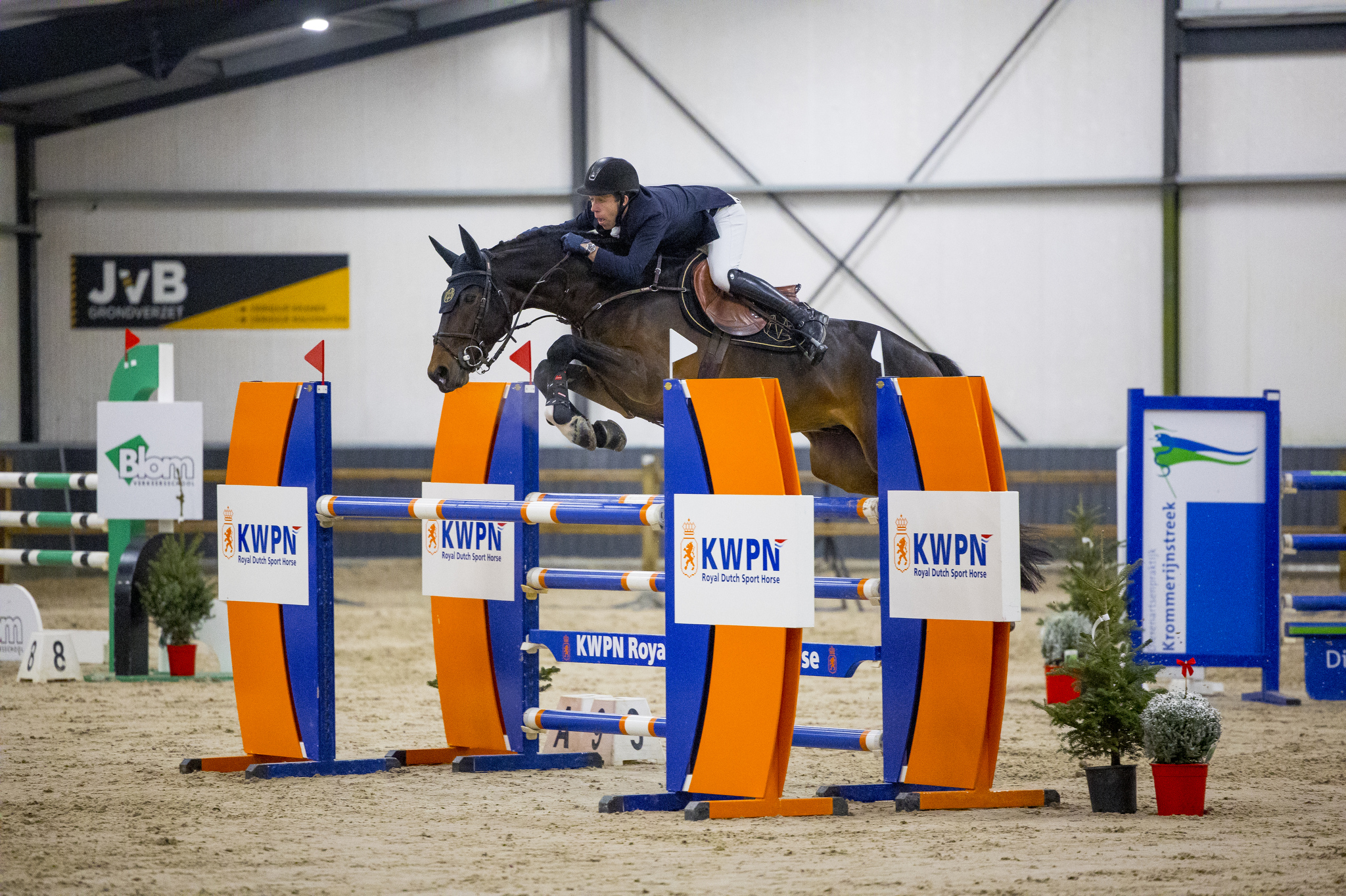 The fantastic newly KWPN-approved stallion Kentucky TMS Z (Kannan out of Elite van Prinsenveld by Toulon, breeder Tal Milstein Stables of Asse BEL) won the second leg of the Blom Stallion Competition in the 1.30m/1.135m. Ridden by Maikel van der Vleuten, the stallion bested the time of his competitors by a landslide. The pair cleared the jump-off in 32,63 seconds.