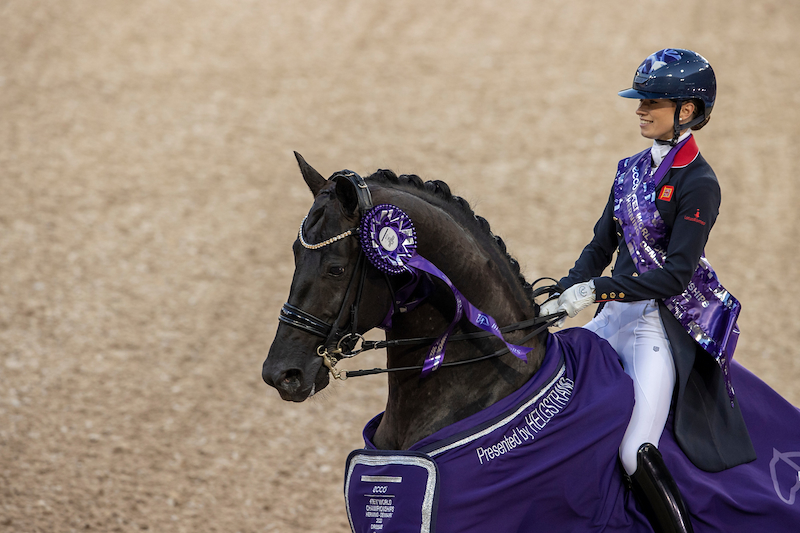 Glamourdale and Hermès N.O.P., the gold and bronze medalist of the WC of Herning, take the stage in a spectacular show during the KWPN Stallion Show in Den Bosch on Friday night February 3. You don’t want to miss this!

The KWPN stallions Glamourdale (Lord Leatherdale out of Thuja pref by Negro, bred by J.W. Rodenburg of Ouderkerk aan den IJssel) and Hermès N.O.P. (Easy Game out of Bukkie keur pref prest EPTM-dres by Flemmingh, bred by G. Gijsbers of Loosbroek) were the leading stars of the WC of Herning last summer. Glamourdale and Charlotte Fry left the WC with two individual gold medals while Hermès N.O.P. and Dinja van Liere returned homewards with two bronze medals. In 2018, the KWPN stallions achieved the exact same result at the WC for Young Dressage Horses. Glamourdale won the gold medal in championship for seven-year-olds, while a six-year-old Hermès N.O.P. secured bronze. They once again prove that World Dressage Breeding Championships for Young Horses is the perfect stepping stone towards the international Grand Prix.

Based on the results from May 1 through December 31 of 2022, the KWPN stallions Glamourdale and Hermès N.O.P. claim the first and second position in the FEI Ranking for dressage horses. Glamourdale skyrocketed from the 70th place to the top spot.

Friday night the 3rd of February 2023, the superstars Glamourdale and Hermès N.O.P. take the stage in a spectacular show during the KWPN Stallion Show in Den Bosch. The exact venue where Glamourdale was donned the champion’s sash of the 2014 KWPN Stallion Show and was announced Dressage Horse of the Year 2020, while Hermès won the Dressage Horse of the Year title in 2021. 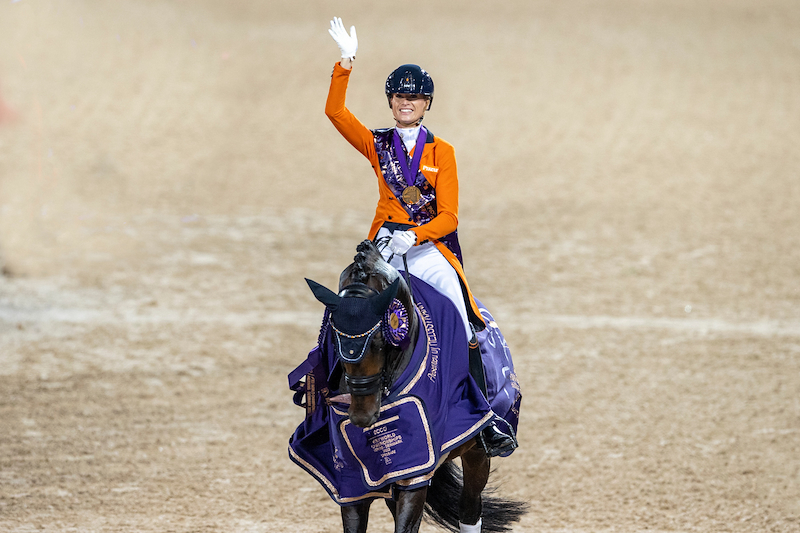 For four days, the KWPN Stallion Show marks the culmination of Dutch sport and breeding. The KWPN Stallion Show takes place in the Brabanthallen in Den Bosch from the 1st until the 4th of February 2023. Besides the stallion selection of all breeding directions, an exciting show programme is in the works. This year will for example include a dazzling appearance of WC medalists Glamourdale and Hermès. New this year are the breeder pubs (with live music) and a special afternoon for the youth and their parents during which they can meet YouTube stars such as Esra de Ruiter of PaardenpraatTV. The approved stallions enter the arena during the award ceremony of prestigious predicates and in the finals of the Blom Stallion Competition Jumping and the Anemone Stallion Competition Dressage. In between you get to enjoy a bite to eat in our renewed brasserie at the promenade.  All in all, we promise to treat you to a fantastic programme that revolves around the very best of the Dutch sport horse.

Make sure you experience it first-hand and order your tickets now! Would you like to watch the Stallion Show from the VIP Lounge? Act swiftly, the VIP tables are nearly sold out!

Nota Bene: KWPN members receive a discount upon filling out their membership number.