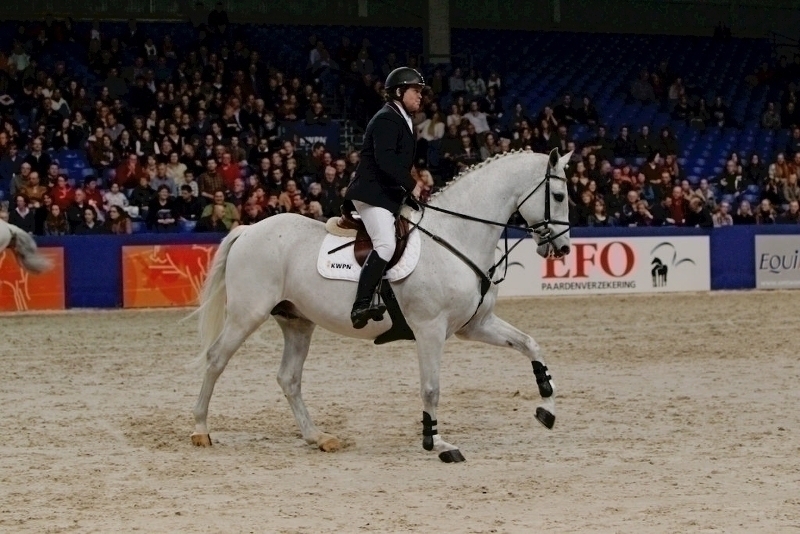 Last Tuesday, the influential stallion Corland (28) passed in his stable at the VDL Stud in Bears. The son of Cor de la Bryere was one of the most successful breeding stallions of the past decennia. He jumped successfully at the highest level ridden by Wout-Jan van der Schans.

Corland was bred from two of the most influential sires in global jumper breeding: the French stallion Cor de la Bryere and the Holstein stallion Landgraf 1. Born in 1989, the grey was bred by German breeder Dr. Hartwig Schmidt. He descends from the famous Holstein dam-line 104a. Wiepke van de Lageweg of VDL Stud imported Corland to the Netherlands. Here he had lots of influence in breeding.

In sports, the stallion had great successes with Wout-Jan van der Schans. Most memorable were the European Championships in Arnhem in 2001. After the first two rounds, Corland and Van der Schans were first on the leaderboard and the favorites for the final. But luck was not on their side, and the pair finished on a very respectable ninth place in the individual ranking. With the Dutch team he got fourth. Corland was also second in the Sires of the World competition in Lanaken once, they got a seventh in the World Cup of Verona, won the Championship of the Benelux in The Hague and had many more top finishes in Grands Prix.