Damsey and Halifax van het Kluizebos recognized for the KWPN 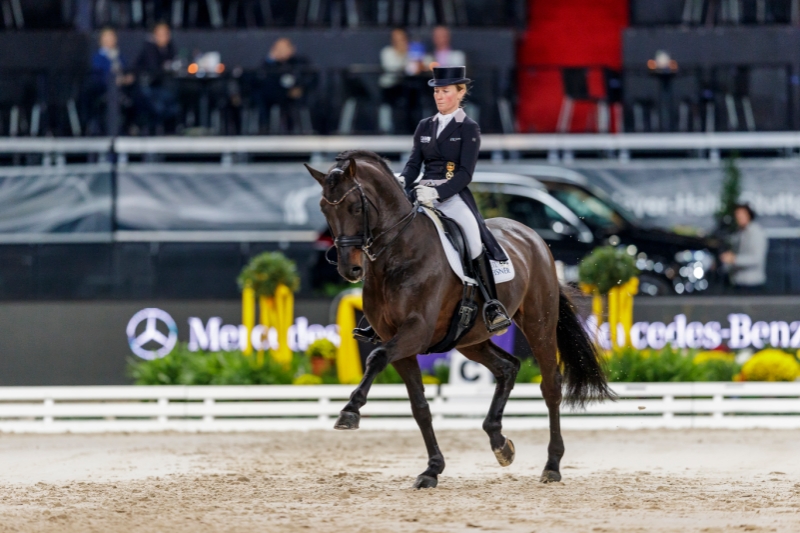 The stallion selection committee jumping and dressage have nominated the stallions Halifax van het Kluizebos and Damsey for approval at the KWPN. The General Board has now formalized this.

The thirteen-year-old Halifax van het Kluizebos (Heartbreaker x Fetiche du Pas), has been jumping on the highest level with Lorenzo de Luca for a few years. They won the 5* Grand Prix in Rome, were third in the world cup qualification in Mechelen and were second during the Rolex Grand Prix in Windsor. He was at the top of the WBFSH-jumping ranking in 2017. His sire Heartbreaker is preferent at the KWPN and has been at the top of the jumping stallions with his breeding value and the highest reliability. Besides this he has been placed high on the WBFSH-sire ranking for years. The full brother of the dam, Crement van de Heffinck, jumped on 1.55m level. The granddam of Halifax van het Kluizebos gave the BWP-approved stallion Upsilon van de Heffinck by Clinton and his full brother Versace van de Heffinck, who both jumped on 1.60m level. Halifax van het Kluizebos has a genome breeding value of 101 with a reliability of 44% and he is 1.67m high.

Damsey FRH
The eighteen-year-old Damsey FRH (Dressage Royal x Ritual) has been performing successfully on international Grand Prix level with Helen Langehanenberg for years. Damsey FRH contributed to the gold team medal of Germany at the European Championships in Gothenburg. For the past four years he has been in the top 10 of the FEI Dressage Ranking. His sire Dressage Royal is a son of the legendary stallion Donnerhall. Damsey’s dam is a daughter of the stallion Ritual. In combination with Dream of Glory she already gave the Grand Prix dressage mare Daianira van de Helle. A full brother to Damsey FRH, Diesel CF, performs on Small Tour level in the United States. Damsey FRH is interesting in breeding because of his free bloodline, his outstanding walk and his talent for the piaffe and passage. Damsey FRH has a genome breeding value of 104 with a reliability of 36%. He is 1.68m high.

KWPN Database
Both stallions have had a conformation inspection. Both stallion meet the KWPN-standards regarding x-rays and are no carrier of WFFS.