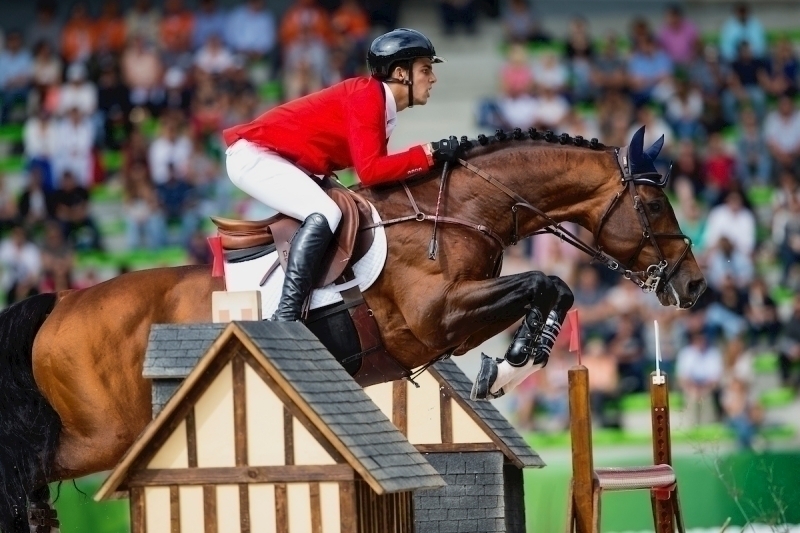 The stallion selection committiee for jumping has presented Grand Prix-jumping stallion Hardrock Z for acknowledgement with the KWPN board, and they have formalized this proposal in the meantime.

The now seventeen-year-old Hardrock Z earned his acknowledgement based on his results in sports on the highest level. Hardrock Z is a son of the preferent famous stallion Heartbreaker, and is bred out of the Carthago-daughter Carte Blanche Z. She is the dam of the Grand Prix-jumper Charlemagne JT Z (s.Cachas). His granddam is a daughter of Rebel I Z, she produced the Grand Prix-jumpers Lord II Z, Camaro Z and Zippo Z. The breeder of Hardrock Z is Thijs BVBA in Opoeteren.

Hardrock Z participated on the World Championships in Caen and the Olympics in Rio de Janeiro with Venezuelan Emanuel Andrade. He won the first qualification of the Pan Am Games in Toronto and was placed multiple times in a Grand Prix.
Meanwhile, multiple of his offspring perform at international level in sports.

Hardrock Z has a breeding value for D-OC of 100 (46% reliability) and measures 1.71 meters. A review of his conformation has taken place. You can find the description of the stallion in the KWPN Database. Hardrock Z meets the radiographical demands set by KWPN and is no carrier of the WFFS-gene. The stallion is available via the VDL Stud, who is also the owner of the stallion.