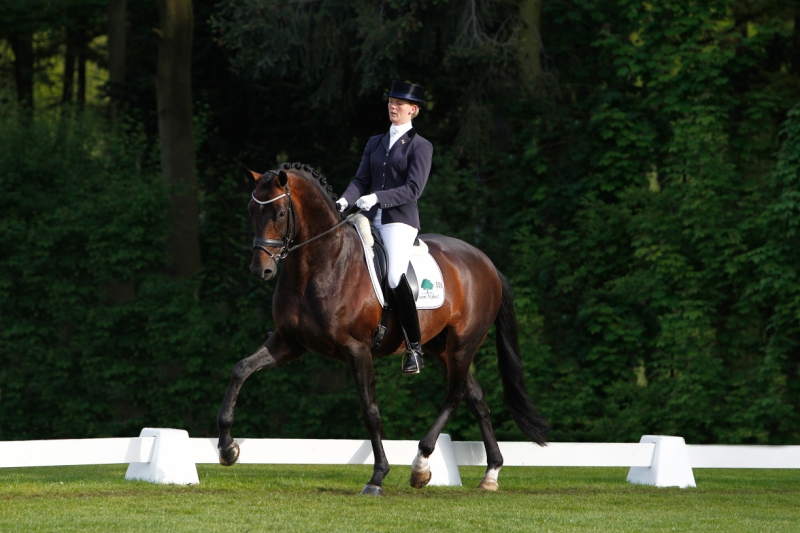 The stallion selection committee dressage has nominated the dressage stallion Spielberg for recognition. The General Board has now formalised this nomination.

The now seventeen-year-old Spielberg has earned his recognition by his successful offspring in the sport, free bloodlines and sport performances. Spielberg is a son of the Prix St. Georges stallion Sunny-Boy, a son of Sandro Hit out of Fastastica (s.Donnerhall); she is the full sister of Don Schufro and Don Primero. Spielberg's grandfather Rosier brings the blood of Rubinstein I with him. Via his mother Rosiera, Spielberg goes back to the Roncalli xx daughter Rondula - also grandmother of the Grand Prix dressage horse Last Minute ridden by Ilka-Kerstin Geiss.

Spielberg himself is a ZZ-Zwaar-level competitor and was on his way to the highest level until an injury prematurely put an end to his sporting career. Several of his offspring perform successfully in the (international) dressage sport. Through the performance of Suppenkasper, Dior S and Douglas, Spielberg stands currently at 26th place in the WBFSH Sires Ranking. His son King van het Haarbosch is approved by the KWPN.

For breeding, Spielberg is interesting because of his free bloodline, looking at his offspring he usually adds a good walk and rideability.

Spielberg holds the PROK predicate and thus meets the KWPN radiographic requirements and is not a carrier of the WFFS gene. An exterior assessment has been carried out, which did not result in any abnormalities. The description of the stallion can be found in the KWPN Database. Spielberg is available at Team Nijhof, they state that this stallion is free of the chestnut factor.