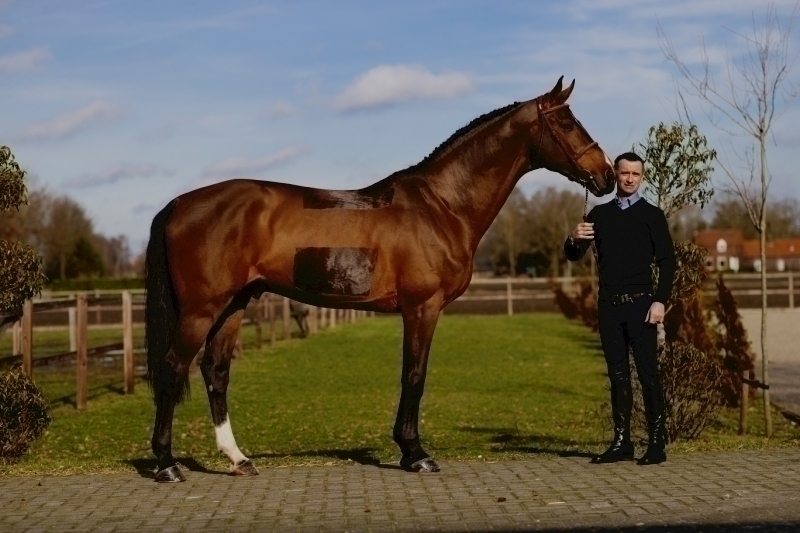 It has just been announced that the stallion selection committee has recommended three stallions for recognition by the General Board, a recommendation which has been accepted. These are the small tour dressage stallion Easy Game and the two grand prix jumping stallions Cristello and Check In.

Easy Game
Easy Game (Gribaldi by Evita XII sb ster pref prest by Schwadroneur, breeder F. Willemsen from Bergharen) is 18 years old. His sire is the outstanding stallion Gribaldi, who himself and his sons (Painted Black and Totilas, among others) have left their mark on dressage horse breeding. The mother of Easy Game is the very successful Trakhener mare Evita XII, she and her daughters were honoured as champions at several Trakhener selections, besides Easy Game she gave birth to one more stallion. This son of Zhivago, Duke, is licensed in Oldenburg and active at small tour level. Easy Game himself has also been active at Small Tour level and produced several notable offspring, such as the internationally successful Grand Prix mare TFS Dalera BB ridden by Jessica von Bredow-Werndl and the KWPN-approved stallion Hermès, who won bronze at the WCYDH for six-year-olds with Dinja van Liere and is now very successfully competing at Grand Prix level. In addition to the KWPN-approved son Hermès, several sons of Easy Game are approved at other studbooks, including the small tour stallion Millennium. Easy Game's breeding value with the KWPN in 2019 was 159 with 61% reliability, in 2020 his breeding value is 166 with 73% reliability. For breeding purposes, Easy Game is interesting because of his ability to close, his talent for piaffe and passage, and his size; in addition, the stallion is low in the population. Easy Game has the PROK predicate and therefore meets the radiographic requirements set by the KWPN. The exterior assessment has taken place and does not result in any obstruction. Easy Game has a genomic breeding value of 98 (48% reliability) and is not carrying the WFFS gene. Semen available through Van Uytert (orders@uytert.nl). 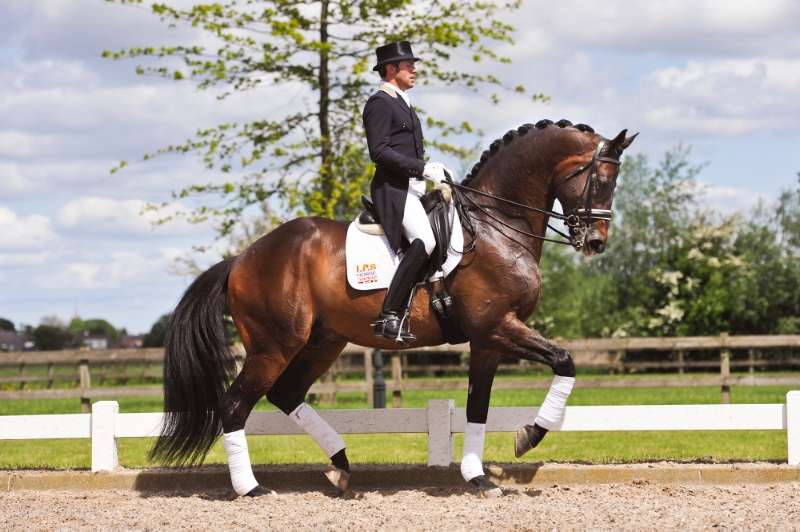 Cristello
The fourteen-year-old Cristello has earned his recognition by his sport performances at the highest level. Cristello is a son of the preferent stallion Numero Uno, this son of the preferent Libero H is 12th in the WBFSH-sire ranking this year. His mother is the keur sport-spr pref prest mare Volstelle, this daughter of Voltaire herself jumped at 1.35m level and is from the famous Kattebel line. The first five children of Volstelle are all performing at 1.40m level or higher in the sport. The eldest is the elite mare Belle, this full sister of Cristello jumped 1.55m internationally with Paris Sellon in the USA. Volstelle also produced the two Toulon daughters Gestelle M and Hostelle M. These two elite mares were both successful at 1.40m level in the sport. Gestelle produced the OS-approved stallion Like Pleasure (by For Pleasure). Volstelle also produced the full brother of Cristello, Inostello M, who is successful in the sport with Patrick Lemmen. This combination was successful at the World Championships for young show jumpers in Lanaken in 2019.

Cristello has been performing at the very highest level in the sport for many years with Leon Thijssen, Kevin Jochems (silver at the NC in 2019) and the last two years with Irishman Denis Lynch. He won the Grand Prix in St. Tropez, was sixth in Doha, won in Basel, third in the Grand Prix of Geesteren in 2019, second in the Grand Prix Gross Viegeln. These are only a few highlights of the list of honour of this Numero Uno son. It makes it interesting that the combination Numero Uno x Voltaire is very successful, and the stallion Cristello comes from a very sporty Dutch mother line. Cristello is in the possession of the PROK-predicate and therefore he complies with the radiographic requirements set by the KWPN. The exterior assessment has taken place; the tall-framed 1.76m Cristello has a genomic breeding value of 101 (49% reliability) and is not a carrier of the WFFS gene. Frozen semen can be ordered via Jenneke Smit (info@hippicventure.nl).

Check In
The 18-year-old Check In (out of Ilonka by Lord Pezi) is a son of the Grand Prix stallion Cordalme Z. This son of the showjumping progenitor Cor de la Bryere jumped several years at the highest level of the sport under Gilbert Böckmann. He has 13 approved sons, including Couleur Robin who with Ludger Beerbaum has been placed in several Grand Prix and World Cups. Cordalme is also the sire of the Olympic horses Careful and Casper. The mother of Check In is the mare Ilonka, this daughter of the showjumping horse progenitor Lord Pezi jumped at 1.45m level herself. Lord Pezi has been ranked high in the WBFSH-sire for years and produced, amongst others, the sporthorses Lord Spezi, Louis, Pezi, Luzifer, Laricello and Londinium. Ilonka is also the mother of the approved stallion Checkter who jumps 1.40m, Lavender Brown (by Lintoc) who jumps 1.45m and the full brother of Check In, Check Up who jumps 1.50m with Vincent Elbers. The great-grandmother of Check In, the mare Böckmann's Lady Liberty, jumped 1.50m with Gilbert Böckmann. This sporty dam line also produced the show jumper Kashmir van het Schuttershof (by Nabab de Reve) who has been high on the WBFSH ranking for years.

Check In jumped internationally first with Gilbert Bockman and then with Samantha McIntosh. Check In was successful at the World Championships in Tryon and finished 18th individually. In the Nations Cup Gyon he was 0-4. In Valkenswaard during the Global Champions Tour he became first with the team, in the Grand Prix Bourg en Bresse 1.55m he became eighth. In the Grand Prix Le Tourquet he finished seventh and first and third in the Grand Prix of Olivia. He won the Nations Cup Abu Dhabi in 2017 and made one fault in the final. Finally, he was fifth in the Grand Prix of La Coruna and seventh in the Grand Prix of Eindhoven. Check in now has several children jumping at Grand Prix level including Che Fantastica, Cicero F, Fischerchelsea, Check MeDSP Colfosco and Be Check it Out. Check In meets the radiographic requirements set by the KWPN. The exterior assessment has taken place and does not result in any blockage. Check In has a genetic breeding value of 105 (38% reliability) and is not carrying the WFFS gene. Semen available from Tal Milstein stallion (info@talmilsteinstallions.com). 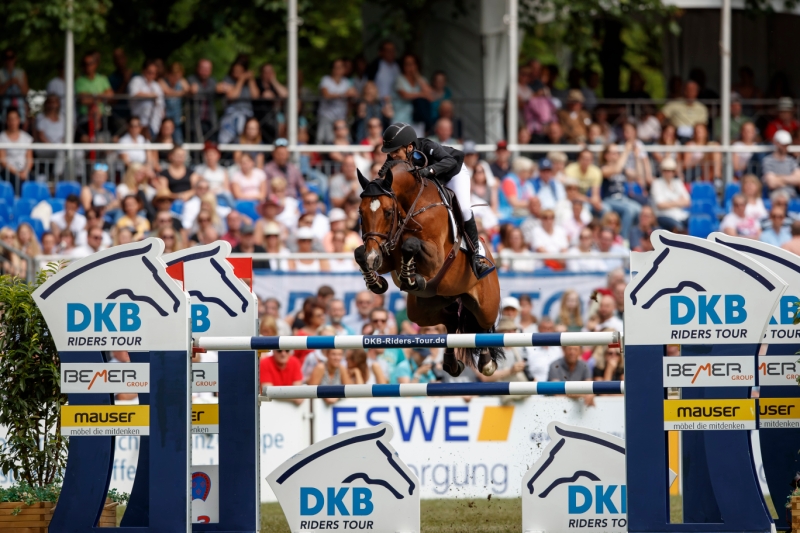