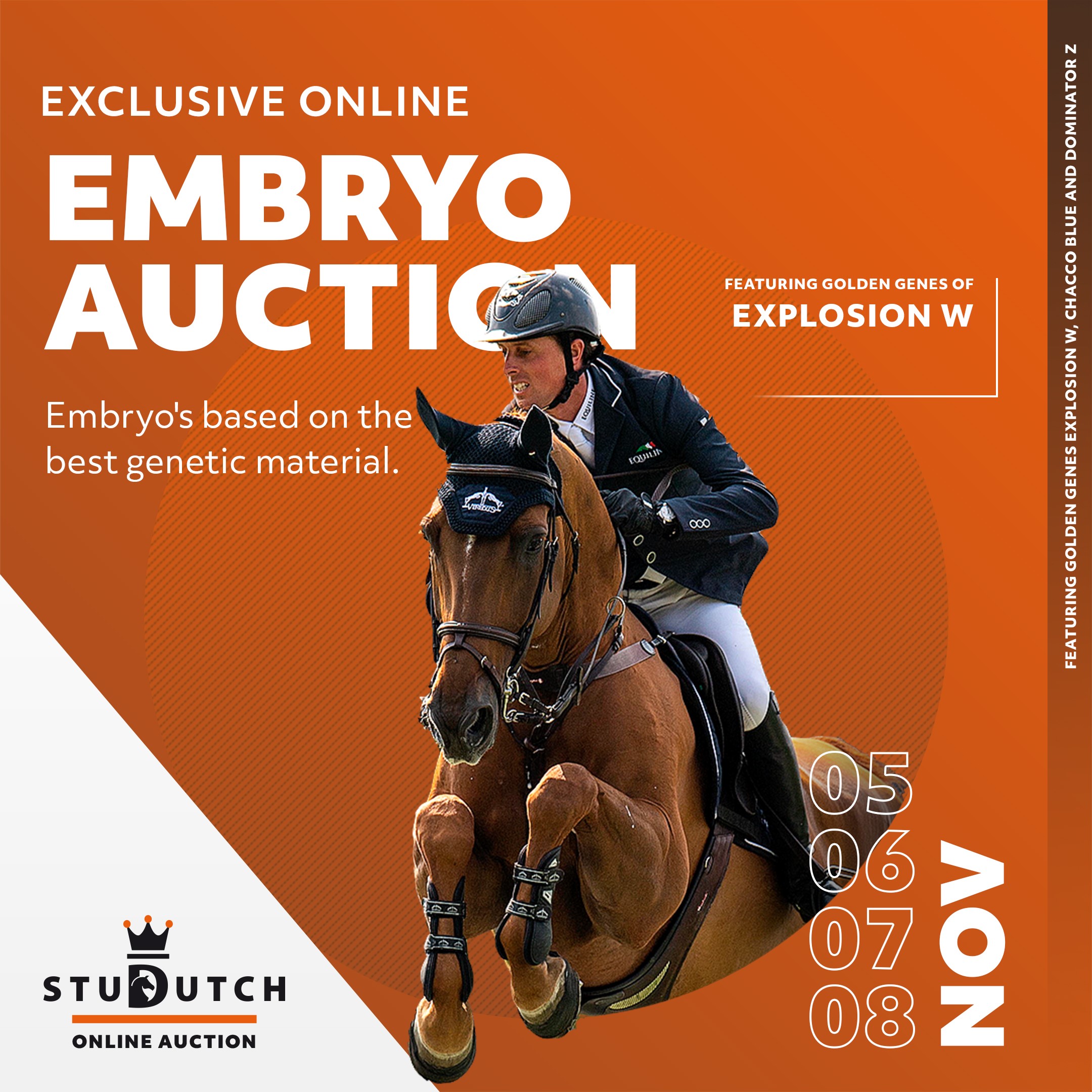 From 5 to 8 November, a special collection of 16 embryos went under the virtual hammer of StuDutch Auction. All embryos were already placed in recipient mares and that in combination with 5* GP-genes, they were in great demand and brought an average of almost 19,000 Euros.

The highest bid of €42.000 was for the embryo of Chacco Blue out of the half-sister of the Olympic champion Explosion W. After a fierce bidding duel it was the Belgian buyer who beat the German.

The same Belgian buyer competed against Sweden for the embryo of Cumano out of Kamilla ter Muyncken and eventually went up to €36,000 which was good for the second highest price of the evening! Mother Kamilla is a 1.50m-class mare and that alone is very special with her age of only ten years.

The next five highest bids were for embryos by Chacco Blue and they all achieved a final price above €20,000. The expected son/daughter of Lafite de Fer, who herself is a daughter of the 1.60m Sea Coast Ferly, goes to Germany for €30,000.

The Chacco Blue out of 1.55m show jumper Geena van 't Roosakker remains in the Netherlands for € 26 000.

We thank all (future) breeders for their trust in our auction.