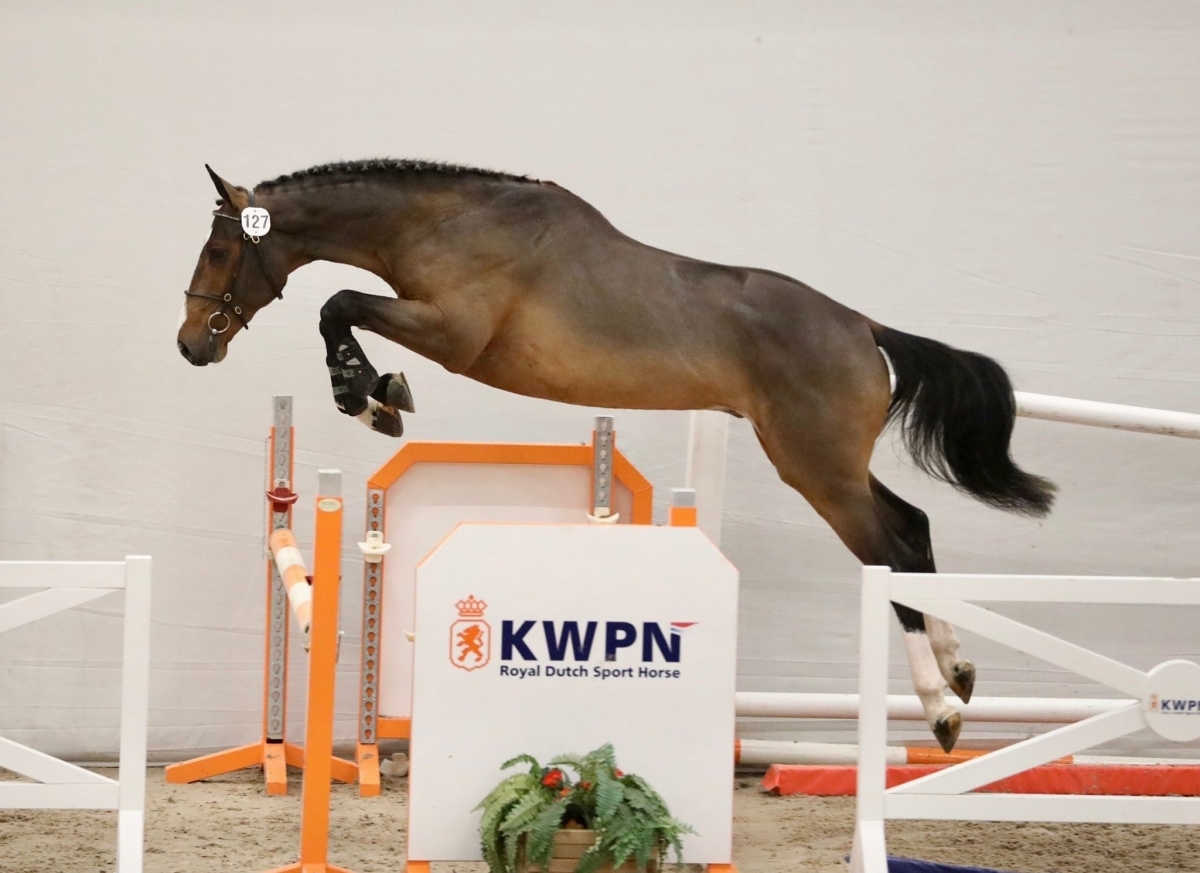 On the first day of the first-round viewing, the stallion selection committee had a strong start as it selected 14 jumper stallions for the next round. Among them three sons of Nixon van ‘t Meulenhof.

The committee, comprised of chairman Cor Loeffen, Wout-Jan van der Schans and new arrival Eric van der Vleuten, is satisfied with the first day. “As a committee we worked together pleasantly and there was a good atmosphere. All three of us noted the same things, only differed in our considerations at times but we have looked at the stallions with a positive approach,” tells Cor Loeffen.

For several stallions there was no discussion needed, they convinced in jumping, conformation and pedigree. “In addition, there was a group of interestingly bred stallions that jumped a little less convincing but still received a second chance.” On the hard surface several comments were made, weak front pasterns occurred multiple times, a few horses were toed-in or were slightly weak in the top line. “When judging such matters, it is not a snapshot, it is something that the horses still have next year. Of course, we take all our findings in the selected stallions into consideration in making a decision in the next round”, explains Loeffen. It was a day of foreign blood and Emerald’s half-brother Nixon van ‘t Meulenhof made a good impression through siring three stallions that got selected for the second-round viewing. The KWPN-recognised Quabri de L’Isle (2) is also represented by multiple sons in the next round.