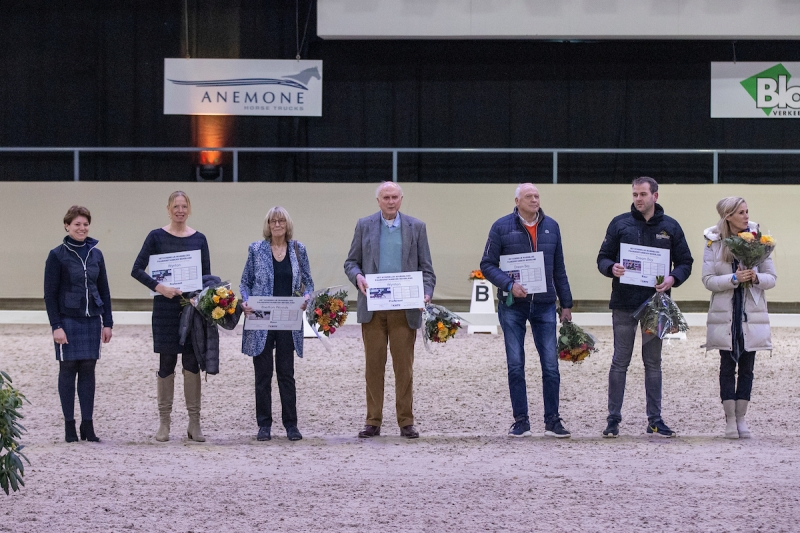 At the Friday night of the KWPN Stallion Selection four dressage stallions were bestowed with a predicate. Three stallions were declared keur, the now exported Wynton received the highest predicate: preferent.

An approved stallion can become keur if the first crop of offspring is at least seven years old. A stallion is proclaimed keur if he distinguishes himself with regard to sport qualities and the conformation of his offspring. In practice this means a stallion must have a sportindex of 140 or higher, with a reliability of 85% minimum. The keur predicate was first awarded to the Florencio-son Charmeur, as a young horse third in the championships round at the KWPN Stallion Show and later successful in sport. He won the Pavo Cup with Emmelie Scholtens before reaching international Grand Prix level with Madeleine Witte-Vrees. In 2020 the stallion was sold to Canada. Charmeur also left his mark on breeding. So far, he produced four KWPN-approved sons and two approved grandsons. Several offspring are successful at the highest level, including the prematurely deceased Genua TC.

Keur
Bretton Woods (s.Johnson) was also declared a keur stallion. In his younger years, the stallion won the Prinsenstad Dressage competition and VSN Final with Emmelie Scholtens. The pair was runner-up in the Pavo Cup and won bronze at the world breeding championships. The stallion was then sold to Germany where he was active in the international Small Tour with Matthias Alexander Rath. In sport, his offspring is also drawing attention, this includes Big Tour-horses Great Lady TC and Golden Dancer de la Fazenda. The Olympic Vivaldi-son GLOCK’s Dream Boy also received the keur predicate. This stallion currently holds the tenth position on the world ranking list and his offspring are also successful in sport. He produced several Grand Prix and Small Tour horses, including Pavo Cup winner Ivoli-E.

Wynton
Jazz-son Wynton was awarded the most prestigious predicate. The stallion that is sold to Canada, from now on bears the title preferent. A preferent stallion distinguishes himself in a positive manner with regard to the conformation and movement qualities of his offspring. His oldest children must be eleven years of age or upward and the sportindex must exceed 140 with a minimum reliability of 85%. Which conformation traits a stallion passes on is very important to. For the preferent predicate it is also important that the stallion is a strong progenitor on the paternal side. Wynton also competed in the international Grand Prix tests with Madeleine Witte-Vrees and clearly passes on his quality to his offspring. He now has five approved sons, among them are the Grand Prix stallion Hitmaker and the talented Imposantos.