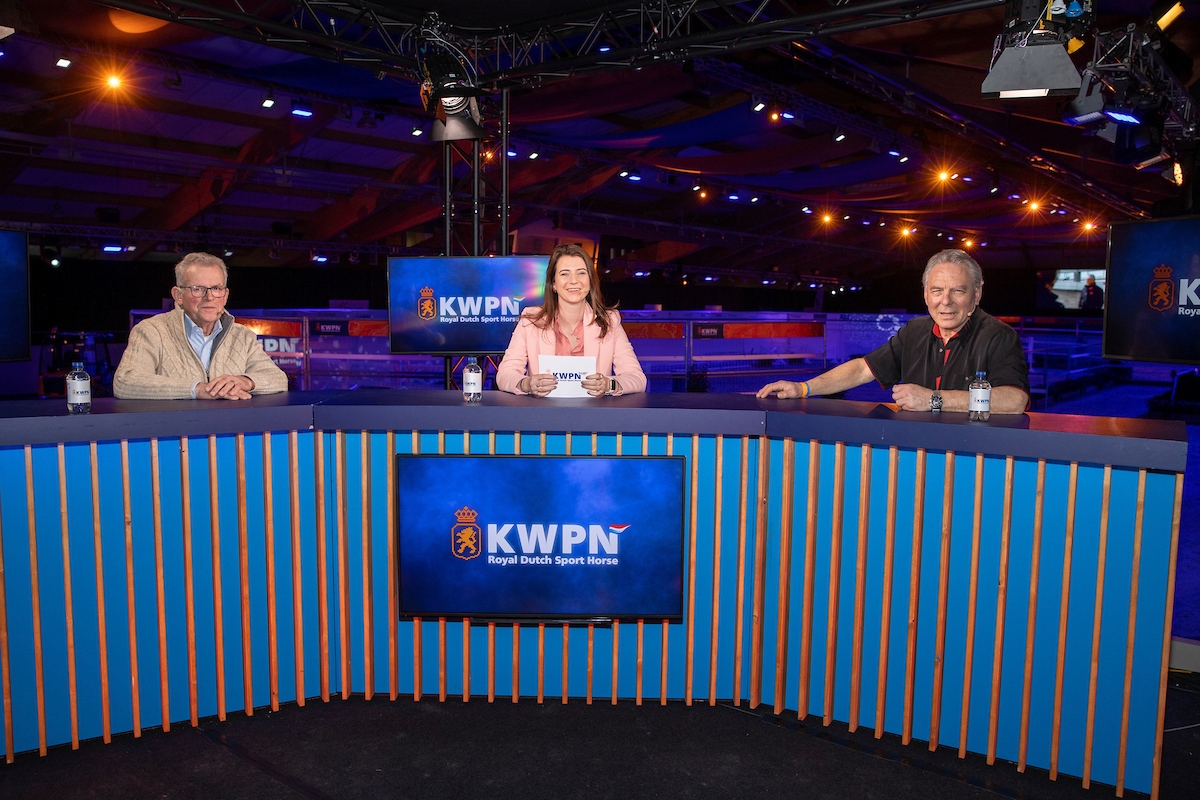 The award ceremony of Hermès as Dressage Horse of the Year was a wonderful end to the third day of the KWPN Stallion Show. It was a day full of highlights, let’s recap them briefly.

This morning, the day had an expeditious start through the second-round viewing, where 44 stallions were presented and 23 of them were invited to the performance test. Two sons of All At Once and one of Escamillo were also selected for the premium round that is scheduled for tomorrow. Today again included some interesting studio talks; Leunis van Lieren shared his vision on dressage breeding and MT Stables was announced as Hippic Entrepreneur of the Year. And let’s not forget the Gelder stallion, because fans of this breeding direction were in for a treat today. No less than six stallions were appointed, and the Henkie-son Olaf earned a premium.

Next to the new talents, last year’s approved stallions were introduced under saddle, there was also time for established sires. The Gelder progenitor Alexandro P was rewarded with the preferent predicate, while dressage stallions Charmeur, Bretton Woods and Dream Boy were declared keur. Wynton’s keur predicate even got upgraded to preferent. Marian Dorresteijn showed us some up-and-coming sport stallions in the ‘The Road to Grand Prix’ and the concluding Freestyle to Music of Dinja van Liere and the KWPN-approved Grand Prix stallion Hermès was a true highlight of this day.

Tomorrow, the program proceeds with the second-round viewing at 08.00hrs. Of course, this concluding day can also be followed via the livestream at KWPN.tv.