Bidding on the KWPN Online Broodmare & Embryo Auction has started! 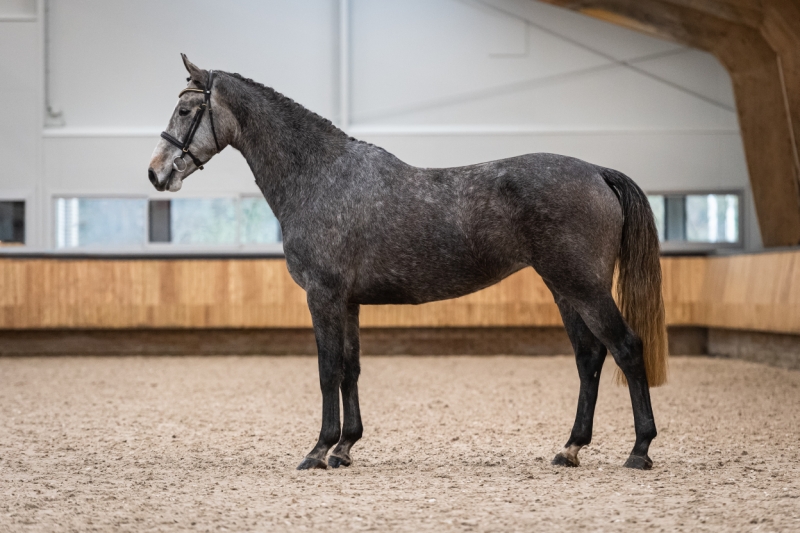 It has been 10.00AM on Friday and that means that the bidding has started on the KWPN Online Broodmare & Embryo collection. 20 dressage mares and three interesting embryos will go under the digital hammer next Monday from 8PM!

By gaining the sport predicate, Z2-level Kentucky follows in the footsteps of her dam and granddam. Her dam Chicago has proven herself in sport up to ZZ-Zwaar level and is a half-sister of three Z2-level dressage horses. This direct line also produced the ZZ-licht level horse East Carolina (s. Wynton). The successful international Grand Prix dressage stallion Desperado, who enjoyed a brilliant career in the sport under Emmelie Scholtens and who has distinguished himself in breeding, is the sire. The promising mare Ninamiek also carries Grand Prix genes. She is a half-sister of the Small Tour dressage horse Hilltop Begijnhoeve (s. Chagall D&R), who was selected by the KWPN as a three-year-old. Her dam Bormiek is bred out of the same mare as, among others, the ZZ-Zwaar dressage horse Flambeau (s. Apache) and the Danish licensed stallion Jambeau (s. Apache). Linked to this proven dressage family is the Grand Prix stallion Rubin Royal.

From the dam line of GLOCK's Dream Boy

The 5-year-old Dallaviva Z is a half-sister of the international 1.40m-showjumper Fevivo (s.Azteca VDL), who was approved as a stallion by SBS, and the international 1.35m-showjumper Ivivo (s.Harley VDL). Next season Dallaviva Z is expecting a foal from the young talented stallion New Pleasure VDL. This son of For Pleasure convinced at the KWPN Stallion approvals and during the performance test with his excellent type and modern way of jumping. He became champion of the stallion performance test and with four nines he scored a wonderful total of 87.5 points. Also in foal to a young stallion is Mona Lisa O. She is expecting a foal from the performance champion of 2020 Mans. This Comme Il Faut son earned 88 points during the performance test.

Bidding on the broodmares and embryos is possible as of today. The auction closes Monday 14 February from 8PM. Not yet registered as a bidder? This can be done easily, free of charge and quickly via www.kwpn.auction. For questions you can contact us via salespromotion@kwpn.nl, 0341-255511 or you can call Wim Versteeg: 06-54201800.