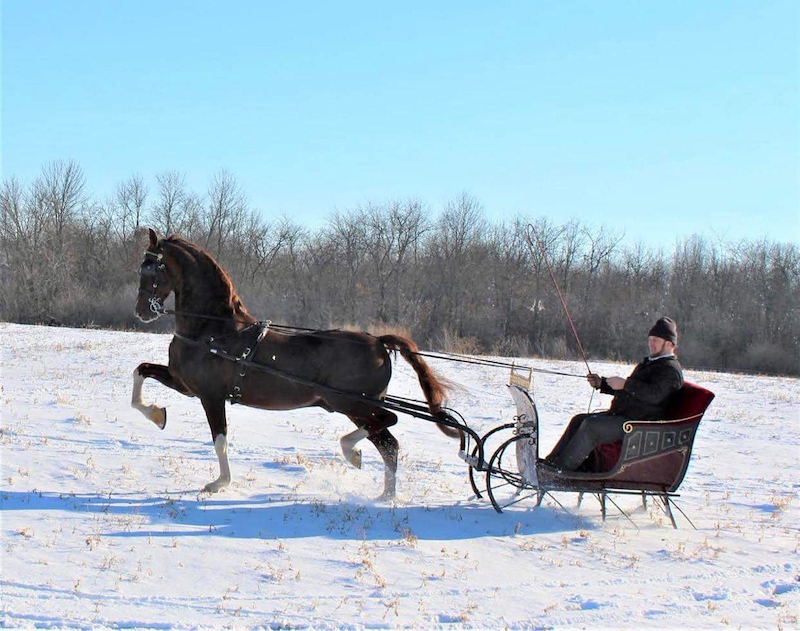 We received the sad news that the imported KWPN Harness horse stallion Saffraan (Fabricius x Renovo) has passed away. In the Netherlands, he was owned and ridden by Marcel Ritsma. He was exported to the USA in February of 2016 to Richard Yoder's Shady Lawn Stables.

Saffraan lived the last years of his life in happiness and health. He served a lot of mares that were both KWPN-NA and ADHHA registered and has produced many good offspring. His KWPN-NA licensed son is Barno (Saffraan x Patijn x Indurain).

Saffraan was born in 1999 in the stables of S. Ausma (who named him Sipburga) and approved in 2002. He was the champion at the stallion inspections in Den Bosch and scored high marks in the performance test. The always very sharp and extra moving Saffraan won many Fine Harness titles in the hands of his owner Marcel Ritsma.  He was Champion Harness stallion of the year, twice won the Manno Trophy and also twice the Oregon Trophy.

Subsequently, there were 554 offspring of Saffraan registered in the Netherlands: 57 mares became ster, eight keur, three elite, four sport and three preferent. Several of his daughters won championship titles in hand. Four stallions made it to the second viewing. 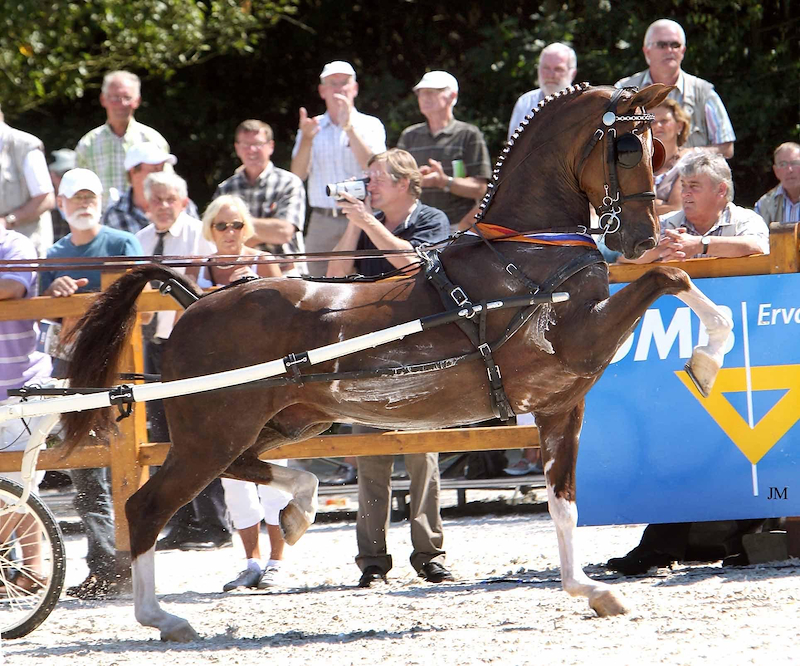 Saffraan offspring regularly perform in the competitions, 47 have competed in sport and that is 9% of his four year- and older offspring. His son Action Quality Amadeus (dam sire Manno) owned by Leendert Veerman, was Harness horse of the year in 2020 with 699 victory points.

His owner Richard Yoder shared the news on his Facebook page: “It is with regret that we announce the passing of a legend! Saffraan died early this morning. Thank you to everyone who has supported this great horse thru out his career! It has been the greatest blessing and honor to have been a small part of Saffraan’s life. Saffraan, you met each day with unmatched enthusiasm and happiness!  You will go down in history as one of the greatest athletes to ever wear a harness! The feeling you gave any person who ever had the privaledge to hold the reins behind you was breathtaking! You were simply GREAT! Rest In Peace my friend, you earned it!“

Marcel Ritsma replied: “Richard, I’m very sorry to read our mutual friend passed away. Saffraan had a huge impact on my personal life and the direction it went into. I know you loved Saffraan as much as I did. You took excellent care of him and made the last 6 years of his life wonderful. I want to thank you for that from the ground of my heart.”

Saffraan was registered with the KWPN-NA and also an ADHHA Approved Stallion. He leaves licensed son Barno behind, owned by Sébastien Boutin and Sophie Moore of Centre D’attelage Équin-star in Canada. There is also frozen semen available of Saffraan to North American breeders at Shady Lawn Stable.

Our condolences to everyone involved. 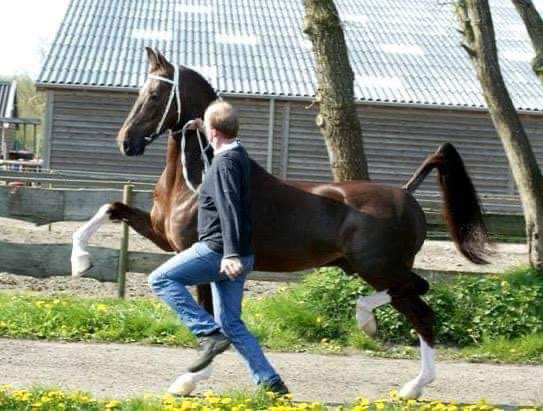