Another program highpoint is the National Final, an opportunity to capture the Top Sport Mare of the Year title. In the National Final, leading mares put their best foot forward with the goal of winning the Greet Bergstra Cup. Of course, the day would not be complete without the popular Manno Trophy competition for breeding stallions, part of the Stallion competition.

The KWPN also invests in the future of harness horse sport by encouraging young breeders. Since 2001, the KWPN Harness Horse Championship for Juniors (ages 12 – 16) has been a regular part of National Harness Horse Day.

New initiatives of National Harness Horse Day include the KWPN Championship Honor Class. In this competition, talented harness horses from the national honor class as well as the regions compete for the King of the Honor Class title. 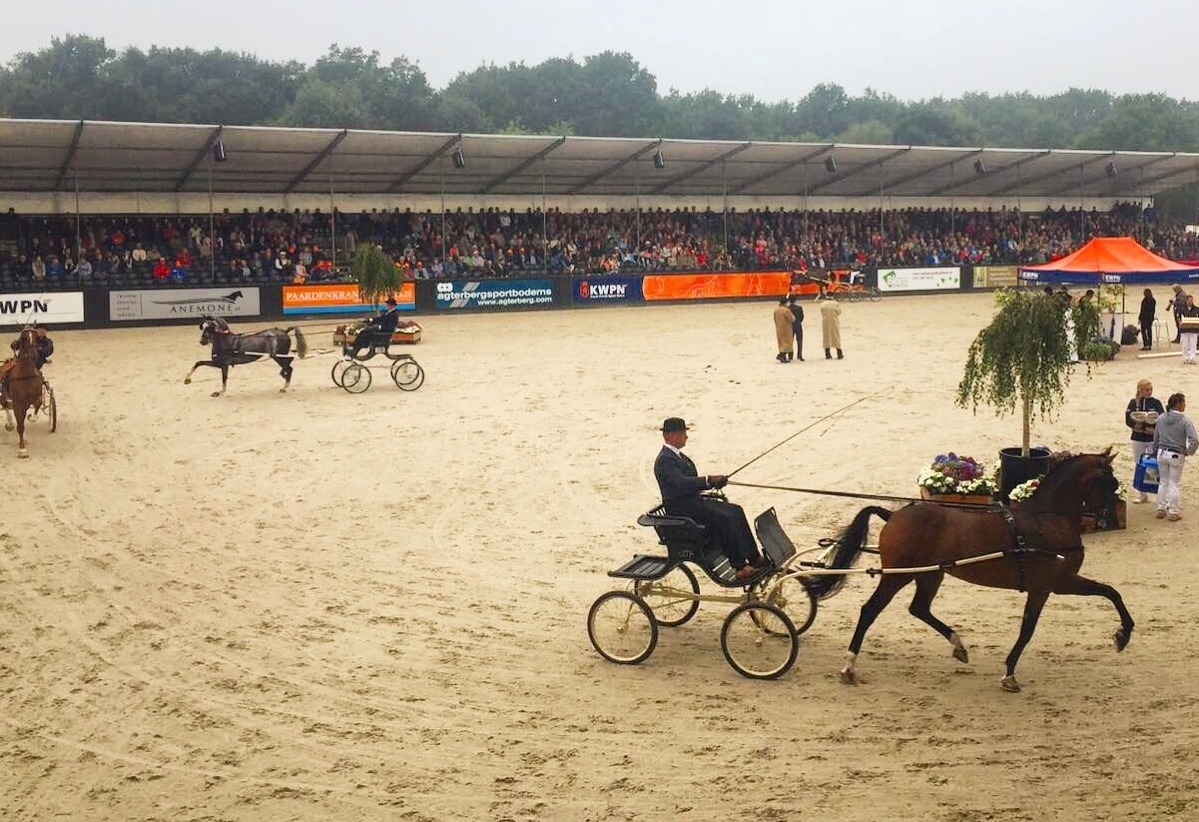