KWPN in Tokyo #5 | Tim Lips about Brent: “The cross-country, that’s his thing” 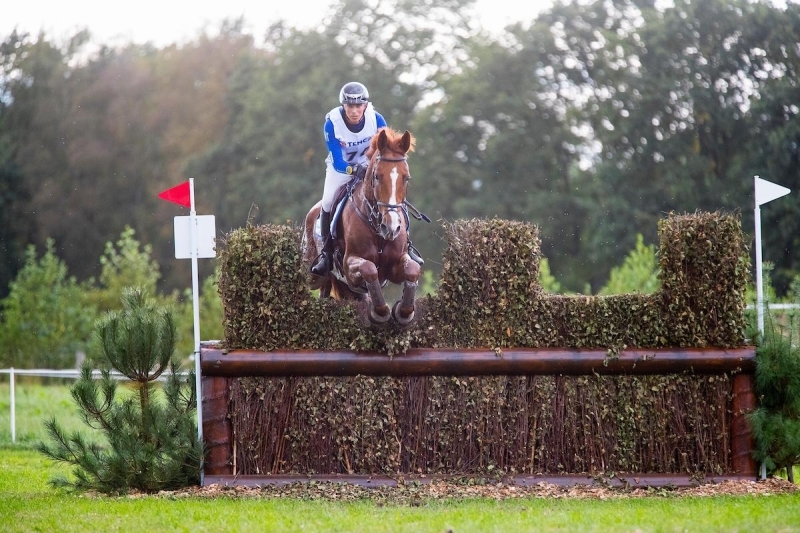 The KWPN-bred Brent (Pharaon out of Vernice PROK by Phin Phin) was selected as reserve for eventing at the Olympic Games of Tokyo. Sun Huadong qualified him for his country China.

The breeder of Brent is Hans Dings. Hans owned Brent until the horse was four years old and then sold him to Tim Lips.

So how was Brent as a foal? “Just a foal,” tells Hans Dings. “As a four-year-old youngster I had no idea he would once make it to the Olympics in eventing.” Hans breeds exclusively showjumpers, had he ever expected to breed such a top-quality eventer horse? “An eventer is a jumper, right? If you focus on eventing, a jumper horse can become an eventer horse. It just suits one better than the other. They have to gain experience and they have to have blood, can’t give up too quickly. The first four years of his life he has been here, but the last 11 years he was with Tim Lips.”

Tim Lip tells about Brent, “When we bought Brent from Hans, he was just saddle broken. Right from the start it was a horse that wanted to work with you. He always had a lot of bravura. I entered him in the young horse shows when he was four years old, he already placed fourth in Ermelo. Even though this was his first cross-country, he had never done such a course before. The cross-country, that’s truly his thing. Brent is a sensitive horse, always been one. He also is a bit nervous at times, which is not always beneficial in dressage. That is by far his most challenging phase out of the three.” What is Brent’s strong suit? “The cross-country, he does that really well. He is fast, but most of all great in the technical combinations. Whether it’s narrow or slanted, he is always superb. That makes him incredible.” 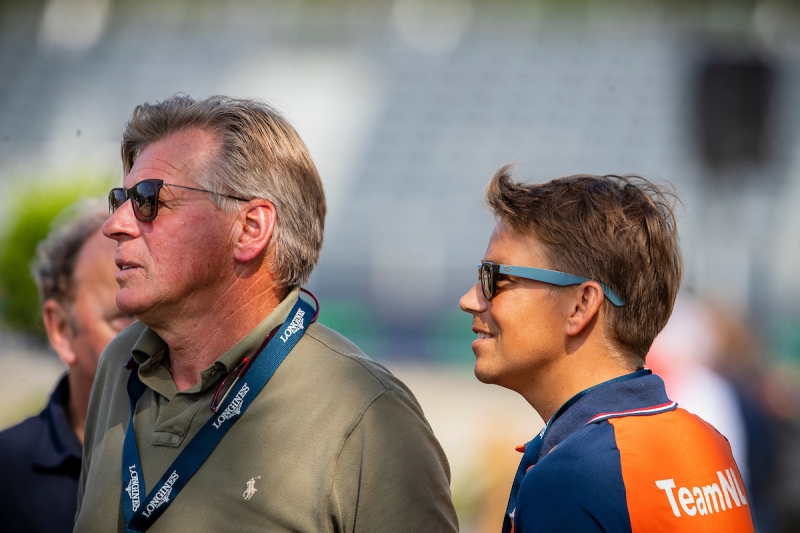 Experience
“With me, he has placed at multiple long 4*. He also competed in the 4* with Joyce van der Kuilen. Joyce’s horse was injured so she took on Brent to gain experience. It was actually the same for Sun Huadong, he also learned a lot from Brent. Since he was nine years old he has been competing in the 4*. Given that he is 15 years now, it is clear he has abundant experience. Brent is still owned by my father (Martin Lips, red.) and co-owned by Cees van Ham, Nico van Splunder and William Holvoet.”

Reserve
“For Tokyo, Brent became the reserve horse of Sun. If it were me, I had chosen Brent, but Sun choose Lady Chin V’t Moerven Z. Sun had qualified with Lady in 2019, but then the Olympics were postponed. We said: ‘It may come in handy to have a reserve horse, so if you start with Brent you can also qualify him.’ Following our advice, he also competed in the qualifications with Brent in 2020. Eventually, Brent did not need to fill in, but we did not want to bet on one horse.”

More information about the KWPN-horses at the Olympic Games can be found on this overview page.
Photo Brent & Tim: Digishots